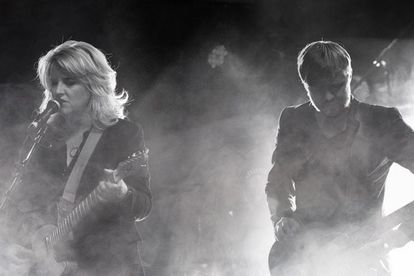 Karen Zoid has always marched to the beat of her own drum, and as she prepares to drop her next Afrikaans EP – Op Die Oomblik – Deel Een – she is once again prepared to blaze her own trail.

Zoid has taken a leaf out of the respective books of Beyoncé and Drake, and is the first South African artist to produce a ‘visual album’, consisting of six tracks due to be released on iTunes for Thursday 24th August.

There’s even a bonus track that’ll knock your socks off, too: Karen has teamed up with Parlotones front man Kahn Morbee for a live recording of ‘Giant Mistake’.

Op Die Oomblike – Deel Een is the first part of a three-chapter songbook that the South African songstress is planning to release in the near future.

Zoid gave us an insight into why she has chosen this futuristic new direction, and how it has affected her song-writing process:

“I want to feel part of this current era rather than to try and go against it. Everything seems to have a more immediate effect because of online platforms. And this is not only in music, but the way of the world in general.

The process of my writing usually entails creating twenty or thirty songs and from these I choose the “best” twelve. But with these songs I decided to complete the first few songs I wrote and recorded it immediately.”

She’s made us wait six years for a solo album after a hectic forray into film, chat-show hosting, and talent judging on SA’s version of the voice.

Her public reputation has flourished following her TV career, four Republiek van Zoid Afrika collaboration albums, and just the 27 iTunes no.1 hits. This is what hard work and talent can do for you, kids…

This new solo project contains two power ballads, some heavier numbers with tongue in the cheek social commentary, as well as old school rock & roll songs – it may be a new direction, but we still have the same Karen Zoid belting out the hits.

Here’s a little taster of the new album: Vir Jou was released on Friday 4th August, and is the first to get a video. Let us know what you think, guys.