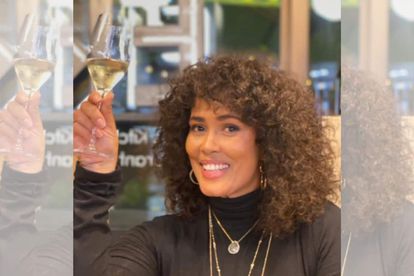 After SA’s very own, Belinda Davids, known for her Whitney Houston tribute act, stunned the judges of Season 14 of Britain’s Got Talent with her audition, the singer went on to reach the semi-finals.

Reaching the semi-finals on Britain’s Got Talent

Now, Davids is one of 40 acts who will battle it out on the Britain’s Got Talent stage to claim the title and the £250,000 (about R5 000 000) prize money. The live semi-finals will be recorded with a virtual audience and start on Saturday, 5 September, reports Cape Town etc. Joining Davids is the Hampshire choir SOS, a junior orchestra and the Irish child magician Aidan McCann among many more.

It is said that usually, the successful auditionees would get to show their talents live when the acts were announced by judges Simon Cowell, Amanda Holden, David Walliams and Alesha Dixon, but the shutdown in the television industry meant the production was halted in March.

It was previously reported that Davids hails from Cape Town, South Africa and is one of the biggest fans the late Whitney Houston. She was shaking as she told the judges she was on Britain’s Got Talent to “further my career. It reminds me so much of my [two] boys, the most important thing for me is to make them proud,” Davids told the judges of her song choice.

In South Africa, Davids has become somewhat of a household name. In fact, last year, Davids wanted to “heat up” the Christmas season with the release of her very first holiday album: Belinda Davids – ‘I Love Christmas‘. According to IOL, recording the 12-track, soulful Christmas album became a special and personal project for Davids when she realised, in recent years, the significance and privilege of being able to spend the festive season with her two children and extended family.

“My touring schedule is so hectic, sometimes I barely have time to breathe, so when I can be at home over Christmas and truly be present with my children it is the greatest gift, and super important to me – it’s the creation of memories,” she said at the time.

The South African previously reported on how Davids wowed the crowd at The Apollo Christmas Show when she sang one of Whitney Houston’s classic hit-songs ‘I will always love you’. Earlier in 2017 she was also invited to perform on Fox TV’s iconic Showtime At The Apollo, and knocked the crowd’s socks off before she received a standing ovation. The show also featured other artists, including Snoop Dogg, DMX and Fifth Harmony, but judging by the crowds’ reaction, it looks like Davids was a real fan-favourite over the evening.