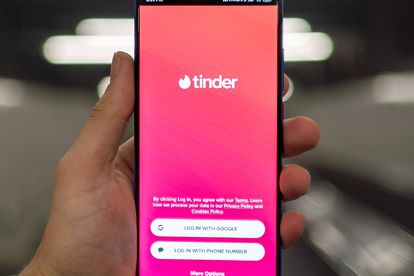 A Nigerian man, who is a Tinder Swindler, was arrested in Gauteng for defrauding an elderly woman of R2 million. Image via Unsplash

A Nigerian man, who is a Tinder Swindler, was arrested in Gauteng for defrauding an elderly woman of R2 million. Image via Unsplash

Roland Enuwese Esosa, known on Tinder as Larry Cole, has been arrested after defrauding his elderly lover of R2 million rand.

According to the Weekend Argus, the 30-year-old Nigerian national was last week Wednesday in Northgate Mall in Roodepoort, Gauteng. He appeared at the Stellenbosch Magistrate’s Court in the Western Cape on Monday 25 July.

The publication reports that Esosa pretended to be an American engineer named Larry Cole. He lured his victim in by developing a romantic relationship with her and later told her he needs money.

According to John Alexander, lead investigator at Royal Investigations, Esosa is part of a crime syndicate targeting women who are vulnerable and in desperate need of companionship. The group, which is called “Black Axe” also known as the “Neo Black Movement of Africa” allegedly operates in Johannesburg, and their modus operandi consists of romantic swindling also known as 419 scams. Esosa is believed to be the mastermind of the Tinder swindling syndicate.

“They live a lavish lifestyle with proceeds of crime, and they have never worked an honest day in their life.”

Esosa is facing charges of fraud and money laundering. His case was postponed for bail application next week.

“Our investigation led us to Northgate Mall in Roodepoort, Gauteng where we arrested Esosa. The Stellenbosch Detectives played a pivotal role, especially Captain Bernard Adams and Sergeant Allister Marajh. Immediately after the suspect was arrested he attempted to bribe the arresting officers with R500 000.00 for his release,” Alexander explained.

The Tinder swindler also attempted to bribe the offers again, this time, with a BMW sports car.

“Unfortunately for him we still have honourable police officials who cannot be bribed,” Alexander added.

ESOSA NOT THE FIRST TINDER SWINDLER ARRESTED IN SA

Esosa is not the first Tinder Swindler in South Africa since the infamous Israeli conman Simon Leviev who made headlines in February 2022 after the release of the hit Netflix documentary, The Tinder Swindler.

A Ugandan man named Amon “Amoleno” Namara, who was dubbed “South Africa’s very own Tinder Swindler”, has appeared in court numerous times this year on charges of fraud and money laundering.