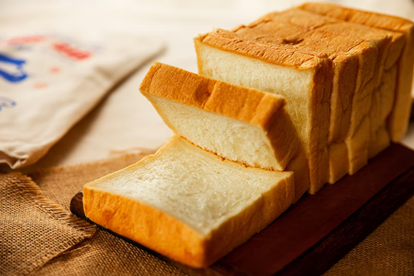 The price of bread is set to increase exponentially in the next three months. Image via Unsplash

The price of bread is set to increase exponentially in the next three months. Image via Unsplash

We have already started to experience the crippling effects of the Russia/Ukraine war in terms of sky-high petrol prices. And now it’s time to brace ourselves for outrageous bread prices. According to reports, around three months from now, the Russian invasion of Ukraine will cause a sharp increase in bread prices.

This is because both Russia and Ukraine control more than a quarter of the world’s wheat exports.

If you thought you were paying too much for foodstuff, then get ready, bread is about to be pretty expensive.

A local economist has revealed that the price of bread in South Africa is going to skyrocket a few months from now due to the war that is currently waging in Ukraine after it was invaded by Russia on 24 February this year.

According to Luan van der Walt, an economist at Grain SA, three months from now, we can expect to fork out a lot more money for loaves of bread and cereal as the ripple effect of the war finally reaches the country.

“Local bread and cereal prices will increase due to higher wheat prices… Usually, we see a three-month delay period before we really start to see the increases,” he said in a Business Insider article.

Bulk buying is definitely on the cards…

This also means that we can expect to see bulk buying bread and other wheat grain products as they scramble to avoid spending too much in the coming months.

While it isn’t ideal, bread can be stored in the fridge or freezer for up to six months if it is stored in a proper bag.

Meanwhile, Van der Walt says that the exact amount that bread will cost cannot be determined as yet.

But between a weaker exchange rate, higher oil prices, and increases in fuel prices, bread prices are definitely going to increase exponentially.

The poor will suffer the most, says Jannie Strydom, the spokesperson of Agri Western Cape.

According to Strydom, the lower-income groups would be significantly affected by increases in bread prices and other staple foods such as maize meal.