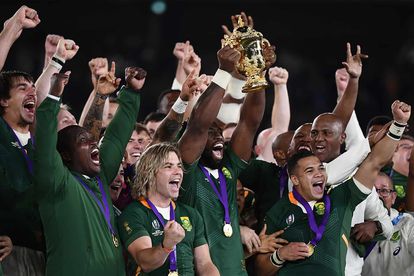 Australia is a “safe pair of hands” to stage the 2027 Rugby World Cup as it competes with the United States to host the event. Photo: CHARLY TRIBALLEAU / AFP.

Australia is a “safe pair of hands” to stage the 2027 Rugby World Cup as it competes with the United States to host the event. Photo: CHARLY TRIBALLEAU / AFP.

This year has seen many victories for South Africa. From the Springboks winning the world cup to Zozibini Tunzi being crowned Miss Universe, here are ten teary moments (among many!) which made us proudly South African in 2019:

A moment of pride was definitely when the Springboks won the rugby world cup by beating England in Japan. The Boks clinched their third Rugby World Cup title by beating England 32-12 in the final, following the teams of 1995 and 2007.

Siya Kolisi, who became the first black captain to hoist the game’s biggest prize, was at a loss for words trying to explain how he felt at that moment.

“I honestly can’t explain how I was feeling at that time,” he said.

“But to see the joy in my teammates’ faces that was the best thing for me because I know how hard they have worked and how hard the coaches have worked.

“The way we played was because we wanted to say thank you to our coach who came in and changed a lot – on the way that we saw rugby – and I’m really grateful that we could do this for him and the coaching staff and everyone in the management.”

Tunzi wowed the judges with her natural stage presence and winning smile, as well as her proudly South African fashion creations. The natural beauty follows in the footsteps of Margaret Gardiner who was crowned Miss Universe in 1978, followed by Demi-Leigh Nel-Peters in 2017.

When the World Rugby Awards bestowed honors on coach Rassie Erasmus and the Springboks as a team while Pieter Steph du Toit was named player of the year:

Erasmus won the top coaching award just before the Springboks were honoured with the team of the year award.

When a petrol attendant was lauded for helping one of his customers by paying for her petrol:

A petrol attendant working on the N2 near Makhaza on the way to Cape Town went viral after paying a woman’s petrol when she forgot her bank card. Petrol attendant Nkosikho Mbele was praised for his kindness after Monet van Deventer took to social media to share her experience. She later helped raise funds to help support him.

When the Ndlovu Youth Choir made America’s Got Talent finals:

The choir from Limpopo wowed judges on America’s Got Talent earlier this year and went on to proceed to the final stage of the competition.

When the Proteas Netball team really shined at the Netball World Cup:

Even though a gallant second-half fightback from South Africa was not enough to prevent Australia from claiming a spot in the Netball World Cup final with a 55-53 win, the team won the hearts of many in South Africa.

When a KwaZulu-Natal educator became the world’s best teacher:

An innovative KwaZulu-Natal teacher beat contenders from 79 countries to walk away with the coveted Best Global Teacher of the Year award.

When a South African was named the world’s best barista:

Starbucks reported that after an intense three days of competition, 30 finalists – each of them already National Champions in their home markets – battled through coffee skills tests and demonstrated their deep passion for coffee. The search for the best of the best took nearly nine months and involved approximately 15 000 Starbucks baristas who entered this year’s competition.