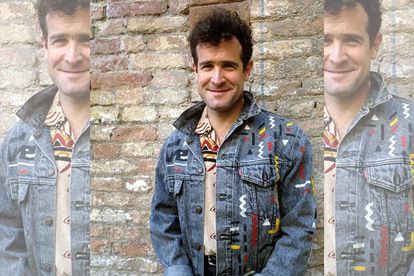 The talented group came together to raise money for a fund in Johnny’s honour meant ‘to help alleviate the education crisis in South Africa’.

Clegg, a South African icon and international star, retired from performing after his world tour in 2017 to focus on his battle with cancer after he was diagnosed with pancreatic cancer in 2015.

Clegg’s is a uniquely South African sound which marries western pop sensibilities with the distinctive rhythms of Africa. Over a long and successful career Clegg has sold over five million albums, winning countless awards.

Clegg grew to prominence as a musical activist playing in Jaluka and Savuka, whose music was banned from radio stations in South Africa because of its non-European sound and the multi-racial band.

In addition, international artists Peter Gabriel, Mike Rutherford of Mike and the Mechanics fame and Dave Matthews who is actually originally from South Africa also appear on the single.

After hearing the single, Clegg said:

“I am speechless, thank you so much. This is an amazing moment for me – to have so many of my peers acknowledge the song and its sentiments, and that they can use that to further something much bigger than all of us. Thank you.”

“The Click Foundation deploys online English literacy programmes in under-privileged primary schools across South Africa. The programmes offer young learners the opportunity to work at their own pace through fun and enjoyable activities, navigating their learning journey by means of technology.”

Through this initiative, the Click Foundation addresses the literacy crisis, while also equipping students with technological skills, to enable them to achieve success throughout their school career and as young adults entering the workforce.

To date, the Click Foundation also created more than 150 jobs and aim to change the lives of at least 1m learners by 2022. But hey, don’t take our word for it, see for yourself.

Watch: Click Foundation made a difference in Somi’s life

The single is available digitally and can be streamed or downloaded now from Apple Music, iTunes, Google Playstore, Spotify and Deezer.