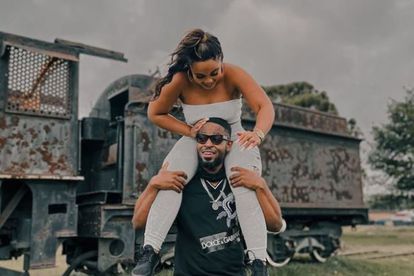 DJ Prince Kaybee confessed to cheating on his girlfriend, radio presenter Zola Mhlongo, yesterday (5 May) after his side chick shared screenshots and screen recordings of their flirty messages and meet-up details.

This, after less than a week ago, Prince Kaybee and his Zola were sporting the #CoupleGoals label for “keeping their romance alive” by playing soccer together in Bloemfontein.

Prince Kaybee shared the video that he captioned with a heart emoji with his 752 200 Twitter followers.

And in March, Prince Kaybee upped the image of the Mzansi celeb couple’s #CoupleGoals by actually chasing after an ice cream truck just so Zola could get her ice cream fix. And of course, posted a video on Instagram of “the chase”:

Sadly, this “loving couple” image has been turned into a sham (from Prince Kaybee’s side at least…) as the popular DJ admitted that he has been cheating for the past five years.

So how did the pair go from #CoupleGoals to side chicks? Experts weighed in on some of the main reasons behind infidelity in relationships.

He went on to explain that lifelong cheaters have three specific characteristics which is known as the “dark triad”: Narcissism, psychopathy and a Machiavellian intelligence.

Their arrogant ways are a form of narcissism. Their lack of consideration for other people’s emotions are psychopathy and their Machiavellian intelligence is their ability to manipulate to get their way in relationships.

Josephs further explained that they are guilt free about cheating because they are rarely open to changing and therefore they only reform when their marriages fall apart.

“People abuse their power and cheat to make themselves feel superior, but it can’t go on forever. At some point, something happens to their health or finances, and they get a wake-up call and realise that the grass isn’t greener. It’s perfect where it is,” relationship coach Ava Cadell was quoted as saying in the Men’s Health article on infidelity.

A 2017 study on the reasons why people cheat, found that commitment issues and low self-esteem are among the factors leading to infidelity in relationships.

“It’s also possible to really like someone and still fear making a commitment to them. In this case, one partner might end up cheating as a way of avoiding commitment, even if they actually would prefer to stay in the relationship,” according to Healthline.

Other reasons for commitment-related cheating, include lack of interest in committing long term, wanting a more casual relationship and looking for a way out of the relationship.

Low self-esteem has been identified as one of the reasons for infidelity. Although these individuals may have loving and supportive partners they still lack self-confidence and this takes a toll on their relationship.

“Many people who cheat because of self-esteem issues have loving, supportive partners who offer compassion and encouragement. But they might think, ‘They have to say that’ or ‘They just don’t want me to feel bad’,” according to Healthline.

Under what category might Prince Kaybee fit in? We’ll leave it up to you to decide…