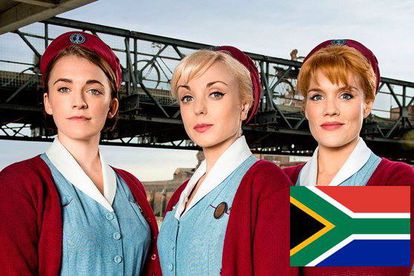 Filming for the popular BBC drama about the travails of a group of midwives in London’s East End during the 1950s and early 60s, will begin in South Africa in April.

An episode for series six of BBC drama Call the Midwife will be set in apartheid South Africa in the year 1962.

The Guardian predicts that the storyline for the episode may involve the sisters at Nonnatus House visiting a similar religious outfit in South Africa and feature the first sabotage attack by the ANC’s Umkhonto we Sizwe and Nelson Mandela’s five-year jail sentence for illegally leaving the country.

Writer and co-producer Heidi Thomas said the episode will show how the nuns and midwives “rise to the challenge of supporting a small community in South Africa”.

Latest! #callthemidwife to film episode of next season in South Africa! https://t.co/i2xiV5hGQw

The episode will not cost any more than filming at the usual postwar sets in London, Kent and Surrey. According to the spokesman for the series producers, Neal Street Productions, an episode of Call the Midwife costs approximately £1 million to make.

The Call the Midwife official Facebook page posted an announcement that they will film an episode of South Africa commenting that it is really nice for them to be filming in South Africa as they have some “great fans” there.

Call the Midwife has grown in popularity all around the world with the fifth series reaching more than nine million viewers.

The sixth series will screen on BBC1 in early 2017.