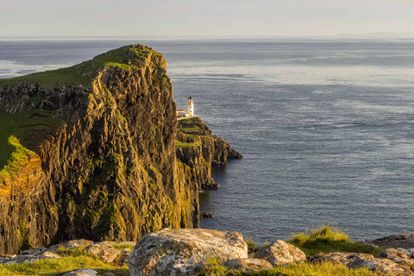 Iconic landmarks that were built to light the way for mariners all over the world, while some still offer navigation assistance to ships, many lighthouses have become aesthetic symbols of a bygone era.

Here are some of the world’s most beautiful lighthouses in the world.

Lovely lighthouses around the world

Located on Lake Constance in Lindau, Germany, the Lindau Lighthouse was completed in 1856 and houses a huge clock that can be seen from the city. Standing at 180-feet tall, the tower was converted to electricity in 1936 and is open to the public.

Watching over the entrance to Portland Harbor in Cape Elizabeth, Maine, this historic lighthouse was completed in 1791 and is one of the oldest in America.

Its 80-foot tower was raised during the Civil War to help ward off ship raids and the current keeper’s house, which was built in 1891, now operates as a maritime museum. It was automated in 1989 and is still used by the U.S. Coast Guard today.

The Tower of Hercules, Spain

Also known as the Corunna Lighthouse, or Farum Brigantium, the Tower of Hercules was built during the second century, making it the oldest lighthouse in the world.

Based on the design of the Lighthouse of Alexandria, the Roman-built tower is located outside the city of Corunna in northwest Spain and stands today as a National Monument of Spain and UNESCO World Heritage Site.

Standing sentinel at the eastern entrance of St. Margaret’s Bay in Canada, Peggy’s Point Lighthouse was first lit in 1915 and later automated in 1958.

It used to be home to a Canada Post office that operated during the summer, however, now it is just a beautiful tourist attraction for visitors to Nova Scotia.

Resting on the most westerly tip of Skye near the township of Glendale, Neist Point is undoubtedly one of Scotland’s most beautiful and famous lighthouses.

Built in 1900, it has been updated to an automated system and is surrounded by quaint keeper’s cottages that can be rented out for the summer.