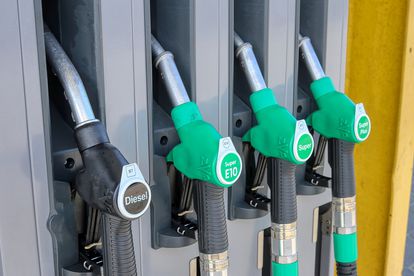 The high price of petrol has negatively impacted people’s lives in many ways. Photo: Flickr

The high price of petrol has negatively impacted people’s lives in many ways. Photo: Flickr

Here in South Africa, the cost of petrol has always been a reason to lament. Now with the prices rapidly rising on an almost weekly basis, many locals have had to make sacrifices they never thought they would. It appears that not only South Africans are bearing the brunt of fuel costs as some British vehicle owners have also spoken about the things they have had to cut down on to keep up with exorbitant fuel prices.

‘I’m not coping’: The depressing effect of rising petrol prices

While the price of petrol has almost always been a cause for concern not only in South Africa but all over the world, now more than ever, millions of motorists are suffering.

Before Russia invaded Ukraine and caused a surge in fuel prices, people were always able to get by even while spending thousands on fuel. Now, many sacrifices have been made to basically do only what we have to do and not what we love to do.

For more context into how the petrol price hike has affected people, The Guardian spoke to some UK drivers who have given tear-jerking accounts of how their lives have changed for the worse as they buckle under the pressure of fuel prices.

He also tells the publication that he considered getting on a train instead but the journey cost almost R400 a day and took a lot longer than a short and convenient drive.

“Normally I’ll buy things like beef or chicken or pork – I’ve had to cut it all out, I’m not having meat at all,” he said. “It’s not healthy food that I’m swapping it for, it’s all carbohydrates, which is no good.

Gareth says that he and his wife have had to cut on activities for their two autistic children because they now spend up to 70 pounds a day on petrol and diesel for their two cars.

“The kids’ clubs and activities have been cut because we just can’t afford to get them there anymore,” he said. Using public transport is not an option because his children cannot cope with the crowds and noise.

“We don’t go away,” he said of lifestyle changes the family has had to make. “We used to go through to Glasgow to visit my granny. We can’t do that anymore because we just can’t afford to take the car out.”

Closer to home, the struggle is just as real

One doesn’t have to look hard to find South Africans who are also struggling to keep up. Over the last few days alone, thousands of tweets have been dedicated to just how terrible the situation in the country has become.

“Living in South Africa is only for the rich, mina already I’m not copying, petrol price, electricity price, ai no batethu.”

No end in sight

The South African also reported that some motorists are paying upwards of R21-per-litre already, and it’s feared that the next petrol price hike will be absolutely monstrous, compounding the pain felt at the pumps in 2022.

Investec are fearful that oil prices could reach $150 per barrel by the end of this month. The Rand is also projected to lose ground against the US Dollar. This imperfect storm could, therefore, make the April petrol price look like something spawned from a horror film.