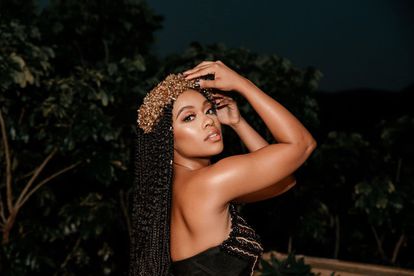 It appears that Nomzamo Mbatha cannot put a foot wrong this year.

From signing a management deal with one of the world’s biggest talent agencies, Creative Artists Agency, to addressing the United Nations (UN) General Assembly on gender equality – she is now set to host the Miss South Africa 2020 pageant.

If anyone can claim to have escaped the career challenges brought on by the COVID-19 pandemic, it is Nomzamo Mbatha.

The Durban-born actress has been selected to replace two-time host Bonang Matheba for the 2020 edition of the event which will this year be hosted at the Table Bay Hotel in Cape Town on 24 October.

As one of the country’s popular daughters and movers and shakers, Mbatha, 30, is a champion of gender equality and recently delivered a lauded speech in her position as UN Eminent High-Level Champion on Gender Equality at the 75th session of the UN General Assembly in New York.

“What the pageant has done in being a reflection of beauty, depth and power — not only for South African women, but women all over the world — is something I truly admire,” commented Mbatha.

While this will be her maiden appearance as a host for the event, based on her experience in hosting other awards ceremonies, Mbatha is expected to deliver a sterling performance.

“We are passionate about celebrating young women and we believe that Nomzamo, with all that she has achieved, is a perfect fit to host the pageant and be an inspiration for all.”

Mbatha is widely regarded as a torch-bearer for gender equality. As a goodwill ambassador for the UN High Commissioner for Refugees (UNHCR), her nomination to address the UN came from the first Turkish president of the UN General Assembly, Volkan Bozkir.

Her address during the session was based on the theme “Accelerating the realisation of gender equality and the empowerment of all women and girls everywhere”.

In her speech, she made it known that the world had a long way to go in order to accomplish gender equality. This was her second speech at the UN.

A voice for the voiceless

Her first was in 2017 and came after she was selected as an ambassador. It was during this speech that she pledged to be a voice for the voiceless.

Besides the pageant and running the Lighthouse Foundation to empower and help child-headed homes, Mbatha still has lots on the go and this includes starring in the soon-to-be-released Coming 2 America.

The actress, who moved to Los Angeles in 2019, said working with Hollywood heavyweights Eddie Murphy, Leslie Jones and Wesley Snipes was another “dream come true”.