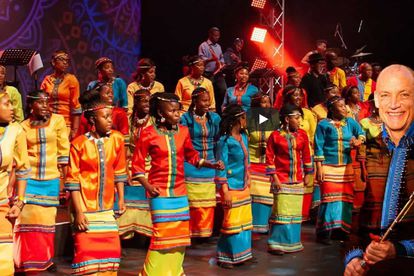 The Mzansi Youth Choir and Wouter Kellerman recently released their new video as a means of paying tribute to health workers.

The choir from Soweto and the Grammy Award-winning South African flautist, Kellerman released a video in which they perform Miley Cyrus’ hit song, The Climb.

“In this tribute to the health workers… these lines from The Climb describe the character of the health Workers worldwide.,” Kellerman and the choir wrote on YouTube. “Despite the dangers, they are climbing very steep mountains to summit the top, but the next morning there is another and even higher mountain awaiting them…and then another. Above your masks, your eyes project hope, determination, but also deep sadness and true empathy. With our music and in Miley Cyrus’ words, we want to encourage you…’keep climbing, keep the faith, it’s all about the climb'”.

Wouter Kellerman received a 2015 Grammy Award for his album Winds of Samsara. His next album Love Language debuted at number one on the World Music Billboard charts and received a Grammy nomination for Best Contemporary Instrumental Album, Kellerman’s second nomination in as many years. Kellerman has also been recognised at home, winning seven SAMA’s (South African equivalent to the Grammy), reinforcing his status as one of South Africa’s foremost musicians. Delighting audiences with magnetic alchemy of warmth and technical mastery, Kellerman finds his inspiration in the spaces between cultures and countries, genres and disciplines.

About the Mzansi Youth Choir

The Mzansi Youth Choir was formed in 2003 with the aim of affording talented, underprivileged teenagers and young adults the opportunity to perform locally and abroad and to create an appreciation of traditional African music nationally and internationally and finally to embrace various music genres. The choir became a household name when they performed at the 2010 Soccer World Cup and at the Royal Albert Hall, The Presidential Inauguration, on The Voice and Dancing with the Stars among many more.