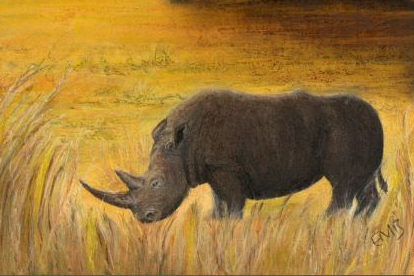 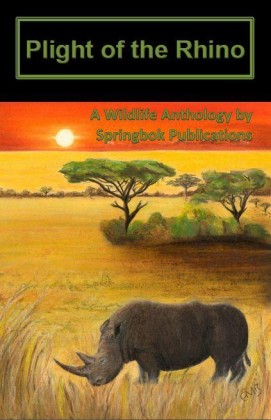 Plight of the Rhino, the first anthology of short stories from Springbok Publications, recently launched in London. The main beneficiary of the book is the charity Save the Rhino International.

The project was the brainchild of TheSouthAfrican.com contributor Conrad Brand, who is also the Director of Springbok Publications. Brand, who has a deep passion for wildlife, initiated the project when he became concerned about the plight of rhino in light of the poaching crisis in Africa, and decided to do something to help.

â€œSpringbok Publications first saw light in January 2013, and before I even had my full team around me, I knew that I had to do something for our wildlife heritage,” Brand told The South African. â€œIt is therefore with much joy and deep gratitude to all the contributors that Springbok Publications presents Plight of the Rhino, our debut in the publishing world.”

The launch  in Paddington was attended by a number of the contributors and professionals who worked on the book. Josephine Gibson, a representative from Save the Rhino International, was also there.

â€œWe are delighted that donations from the sale of Plight of the Rhino (a minimum of £1 per book sold) will be contributing to our ongoing work to help save the world’s rhinos,” said the charity.

â€œThe need for funding is greater than ever, with the current poaching crisis reaching record levels. So far this year, South Africa alone has lost more than 827 rhino and if the current rate of poaching continues to escalate, rhinos could be extinct in the wild by 2026. Donations will help fund the work of our programme partners abroad in Africa and Asia, who work to protect all five rhino species. We support a range of conservation activities including anti-poaching and monitoring patrols, community conservation and environmental education programmes, veterinary work, and more recently demand reduction activities in Vietnam.”

â€œI was honoured to be asked to contribute to such an important project,” said Elizabeth. â€œIt was a challenge to write the story as the topic was so different to what I normally write. We were asked to choose an animal to focus on, and I straight away chose to write about cheetahs, then decided to look at animal-assisted therapy.

The use of animals — commonly horses — in therapeutic treatment is becoming increasingly popular, including in the treatment of post-traumatic stress disorder in veterans. I wanted to demonstrate how we can learn so much from animals in their natural environments and habitats, and to show how working with animals can soothe and heal. We must work to protect and preserve wildlife for all.”

Plight of the Rhino is available from Springbok Publications, and also in paper and e-format from Amazon.