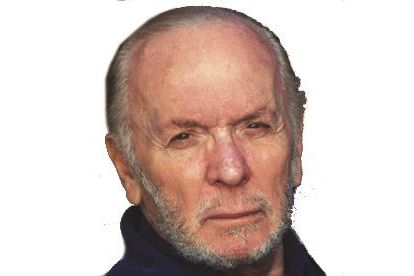 Career trajectory: He started working in Johannesburg where he wrote commentaries for the African Mirror weekly newsreel, a job he secured through fellow-Kroonstader, former Sunday Times editor Joel Mervis. After working as a feature writer on the Sunday Express, Johannesburg, he moved to London via Paris and New York to become a well-known Fleet Street journalist and critic. He later became the drama critic of the London Daily Express, covering about 2,500 first nights, and TV critic of the Daily Mail where he was honoured as the TV Critic of the Year.

He has also written lyrics for several hit musicals including Les Miserables, the world’s longest running musical, for which he won a Tony and a Grammy. He is 87 and has an OBE (Order of the British Empire), a Chevalier of the French Ordre des Arts et des Lettres and honorary doctorates from Richmond University, London, and Rhodes University, Grahamstown (which he dropped out of).

Kroonstad, like every small town in South Africa then, had its share of Jewish immigrants, largely from Lithuania. My parents owned a small grocery shop which eventually grew into a prosperous furniture store in the main street. It became a big carpet business when my youngest brother Basil took it over and moved to Johannesburg where it thrived. My oldest brother Elliot was Mayor of Johannesburg in 1991.

Were you destined to be a writer as a kid?

I’ve somehow made a living and profession out of the manipulation of the English language. That’s odd, really, when you consider that our parents spoke a lot of Yiddish at home and I was partially educated in Afrikaans. I’ve learnt the value of thrift in the usage of words. In journalism and in lyric writing language is always employed under constraint. Directness and brevity are vital.

You didn’t come to London directly.

My affiliation with France started when I spent what I call my ‘wandering years’ in Paris in the early ‘50s when I tried to write the â€œgreat South African novel”, played piano in a Left Bank bar in return for food and painted murals for rent money.

How did the lyric writing begin?

Writing song lyrics for me was a spare-time, part-time kitchen table job. By day I’d be interviewing celebrities like John Steinbeck, Louis Armstrong, Cary Grant and Duke Ellington. By night I’d write lyrics. I’d written them for years. Eventually two became West End musicals: Our Man Crichton and The Four Musketeers. I also wrote some hit song lyrics including Charles Aznavour’s ‘She’ and ‘Yesterday, When I was Young.’ I don’t translate. I recreate. Songs cannot be translated. They can, however, be retold.

What was your big break in Britain?

I got into writing about theatre when I was doing features and profiles on the London Daily Express. One day the editor tapped me on the shoulder and said ‘Our theatre critic (Bernard Levin) has left us to go to the Mail. Will you take his job?’ I went cold and said â€œno” because I didn’t feel that drama criticism was real journalism. Besides, theatre-going was not high on my list of priorities. It had nothing to do with the smell of ink and the excitement and urgency of a daily newspaper. So I declined the job, but agreed to do it for a limited period of two weeks, while the paper looked for another theatre critic. Two weeks somehow became 18 years!

How did you see yourself back then?

I never considered myself a critic. I was a reviewer, someone who writes for the popular press and advises them about a play. A consumer guide, in other words, whose chief function was to answer the question : â€œIs it worth seeing?” Specially now with the price of tickets so high. My attitude hasn’t changed; there are good productions and bad ones. I didn’t expect any mercy from my fellow critics when Les Miserables opened and I didn’t get any! Reviewing theatre, I found one often had to test friendships by which I mean one had to criticize the work of friends and colleagues. I lost some friends as a result. But the estrangement didn’t last long. They always came back.

What was the best moment of your professional life?

The opening night of Les Miserables in London because it opened the door to a future I never imagine. I thought I’d grow old as a journalist. Les Mis saved me from the Street of Shame!

Who has influenced you the most?

As a journalist, I’ve always admired the American sports writers who combine humour and brevity.

What would you advise a young South African journalist on working here?

Try everything, remembering that it may never happen.

What do you miss most about South Africa?

Without a doubt, the bush. I’ve never forgotten the numerous game drives I’ve taken through Kruger and Sabi, setting off as the sun was rising, feeling the world warming up beneath the wheels, the abundance of sky, the endless horizons.

Do you go back to South Africa much?

Occasionally, for family reunions. I feel the need to go again. The bush is calling and the years are passing.