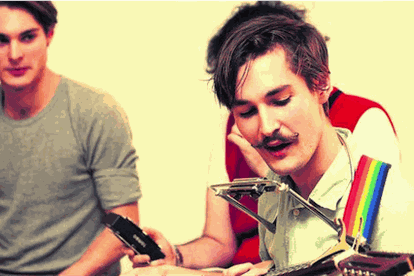 Oxford university might seem like an odd launchpad for a band specializing in authentic Zulu maskanda music, but that’s exactly what happened for Count Drachma, two guys who met while in the city of dreaming spires. Brothers Oli and Rob Steadman learned Zulu at progressive schools in South Africa and returned to these sounds at a later stage in their musical careers. One half of folk pop act Stornoway (who featured on Later with Jules Holland) the sound they call ‘Zulu post-folk’ is a masterclass in fast-fingered fretwork. Watch this video and then see them play this weekend, at Womad festival, Charlton Park.