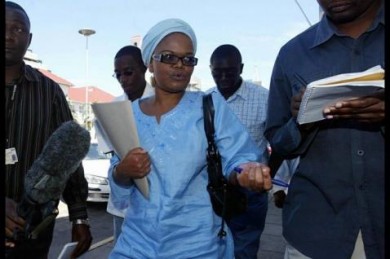 Despite beatings by police and multiple arrests herself (most recently in March 2013) she continues to fight to uphold the rule of law which she believes in passionately.

Through interviews with Mtetwa and some of her defendants, Lorie Conway’s documentary tells the story of what happens when rulers place themselves above the law.

The film opens with Beatrice saying, “People who do things under the cover of darkness are afraid of light. So, if you come at midnight I’ll be there with my headlights glaring…”

Although Mtetwa’s arena is Zimbabwe, her message and bravery are universal.

As Zimbabwe faces a presidential election, it is hoped that the film will spark dialogue and change in the country and throughout Africa, while also bringing the story of this inspiring woman to the attention of the rest of the world.

The screening will be followed by a Q&A with Beatrice Mtetwa and director Lorie Conway.