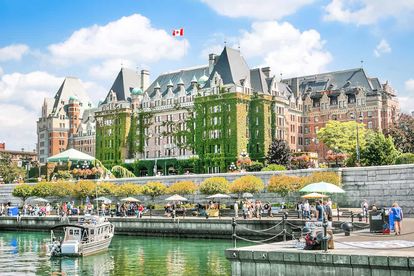 With the current climate, many South Africans are concerned about safety, education, employment, political stability and financial stability.

The safest countries in the world

The Global Peace Index recently announced the safest countries to live in the World, with Canada listed in the top ten. Canada is not only an extremely safe country to live in but is also politically stable, has a low level of unemployment and an educational system which is ranked as one of the top systems in the world.

What makes Canada so appealing?

Canada has also been found to be one of the top ten countries for being the most business-friendly, with great opportunities and perks for entrepreneurs, namely: modern industries, high quality of life, comfortable retirement, ease in business inception, forward-looking, headquartering a corporation, transparency, green living, first-class education as well as being attractive for women (especially with regard to safety and security).

Canada is also currently one of the most open and welcoming countries in the world when it comes to immigrants. Based on the Canadian government’s own reports, Canada welcomed 310,000 new Permanent Residents in 2018 and will welcome 330,000 in 2019 and 340,000 in 2020. These numbers consist of immigrants who do not have family, or a job offer in Canada.

As most South Africans are English speaking it is easier for them to adjust to life in Canada. Canada is a bilingual country, with English being the first language for all states except in Quebec, where French replaces the latter. This means that children will adapt easier when they need to begin school, and adults will have an easier time working in Canada as they will not need to learn a new language.

Canada provides its residents with free education from kindergarten up to Grade 12 which is covered by taxes. In Canada, your taxes also provide for the universal health care system which all residents can access.

Although many South Africans fear that Canada’s weather is too harsh, most are pleasantly surprised at how easy it is to adapt to the new climate. Canada has four separate seasons and not just one long winter.