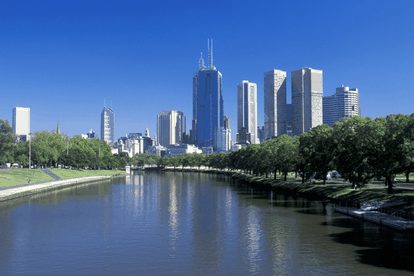 Life looks great in Australia: Melbourne, Sydney and Adelaide are among the top ten most liveable cities in the world, according to a recent report that studied 140 countries.

The Global Liveability Index (GLI) for 2018 confirmed that the trio has made the peak of the extensive list, but all of them were pipped to the post by Vienna, Austria. In fact, Melbourne has grounds to be considerably miffed – they occupied the top spot in 2017, but dropped to second this year.

What areas does Australia rank highest in?

The index is compiled by the Economist Intelligence Unit (EIU) and focuses on five key factors: Stability, healthcare, culture and environment, education and infrastructure. All these scores are totalled out of a hundred, and their average provides the coefficient.

Melbourne, Sydney and Adelaide all registered perfect scores in the Education and Healthcare categories. Melbourne itself is seen as five points “less stable” than Vienna, which scored 100 out of 100. In all other four fields, the Aussie city had outscored its European rival.

Only Vancouver in Canada was ranked as having a better cultural lifestyle than Melbs. But nonetheless, the major hubs Down Under remain a shining beacon for communities all over the world.

What are the world’s most liveable cities?

There are also multiple entries for Canada and Japan, whereas Copenhagen flies the flag for Denmark and the beautiful Scandinavian region.

Where Australia has thrived, Africa has suffered. The ten least liveable cities in the world feature six from Africa, unfortunately. Lagos, Nigeria is the continent’s lowest-ranking municipality, scoring an overall rating of just 38.5.

Only Damascus – the war-torn capital of Syria – and Dhaka in Bangladesh fared worst than Lagos, out of all the cities surveyed.

What are the world’s least liveable cities?