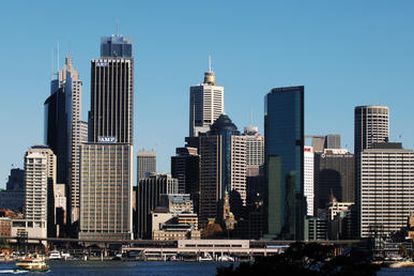 MOVE TO AUSTRALIA | Knowing more about the country’s major cities will help you decided on where to live and find work in Australia.

Also see: The states and territories of Australia

New South Wales, of which Sydney is the capital, was the site of Captain James Cook’s original landing in Australia, and the place where the first European settlement was established in 1788.

Australia’s biggest city, Sydney has approximately 4.4 million people and is built around one of the world’s most spectacular natural harbours, which has moulded and shaped the city since settlement.

As host city for the Olympic Games in September 2000, Sydney underwent a metamorphosis that put its cityscape on a level with its natural beauty.

The harbour divides the city into northern and southern halves, with Sydney Harbour Bridge and the Harbour Tunnel joining the two shores.

The best way to experience the spectacular harbour with its many bays and beaches is to jump aboard one of the numerous ferries that carry commuters across the water.

Sydney suburbs stretch more than 20 km north and south. The suburbs north of the bridge are collectively known as the North Shore. The upper North Shore, an area generally regarded as housing the city’s middle class, features the graceful, stately ‘garden’ suburbs of Wahroonga and St Ives. The northern beaches peninsula boasts the exclusive enclaves of Whale Beach and Palm Beach.

East of the city centre are the colourful and cosmopolitan inner city suburbs of Darlinghurst, Kings Cross and Paddington. Go further east and you will find the exclusive ‘Eastern’ suburbs of Double Bay and Vaucluse.

To the south-east are the beach suburbs of Bronte, Coogee and Australia’s famous Bondi Beach.

The flourishing western suburbs, encompassing the once separate settlements of Parramatta and Penrith, now cover about 50 km and reach all the way to the foothills of the scenic Blue Mountains.

Melbourne, the capital of Victoria, is the second largest city, with a population of approximately 3.89 million.

Its birth and major period of development paralleled Queen Victoria’s reign (1837-1901) and the city in many ways is a product of its formative era, both architecturally and socially. 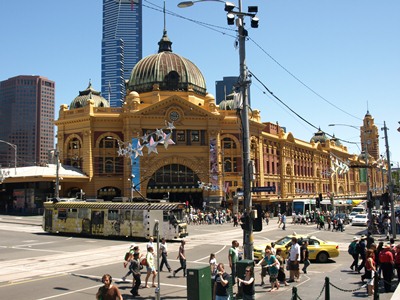 Traditionally, it is a conservative city of elaborate Victorian era buildings, parks and gardens, and tree-lined boulevards.

Since World War II its social fabric has been transformed by thousands of immigrants, and the city has been greatly enriched by the influences of people and cultures from around the world.

Its suburbs spread around the shores of picturesque Port Phillip Bay, with the city centre situated on the north bank of the Yarra River, about 5 km inland from the bay.

Its buildings are a blend of the soaring new and stately old.

One of the few cities in the world to retain complete tramway systems, Melbourne’s trams have become a celebrated tourist attraction and a popular means of transport to and from work for locals.

Brisbane, the capital of Queensland, is the gateway to Australia’s favourite holiday playgrounds of the Gold and Sunshine coasts, two great getaway destinations, especially during the colder winter months in the south.

The city has often been viewed as something of an overgrown country town. That certainly isn’t the case today, if it ever was.

In the 1980s it hosted a string of major international events including the 1982 Commonwealth Games and Expo ’88, turning it into a lively cosmopolitan city.

Like other areas of Australia, Brisbane began as the subtropical holding pen for the more recalcitrant convicts from the colony of New South Wales.

Although close to the surf of the Gold Coast, it is very much a river city, with the temperature rarely dropping below 20 degrees during the day.

On the downside, Brisbane generally gets over 400mm of rain from January to March.

Adelaide, the farmed city of churches, has splendid natural rural settings. The city centre is surrounded by parkland and the metropolitan area is bounded by the hills of the Mt Lofty Ranges which crowd it against the sea.

The capital of South Australia, Adelaide is laid out on a grid and has several distinct civic squares.

Thirty minutes away, and part of the magnificent Mt Lofty Ranges, are the Adelaide Hills. In addition to the beauty of the hills themselves with their huge gum trees and their picturesque landscapes, there are more than 1000 km of bushwalking trails and many fascinating townships to explore.

With a proud agricultural heritage built on the production of wheat and wool, Adelaide is also known for producing some of the finest wines in Australia, from delicate Rieslings to the robust Shiraz.

The state of South Australia is sparsely settled with 73% of its population in the capital — which has a population of almost 1.2 million10 — and a handful of major rural centres. 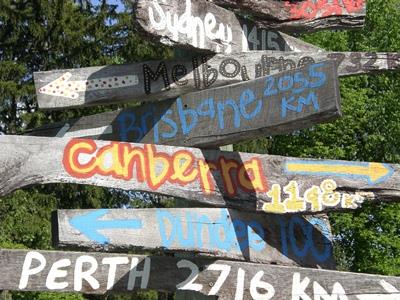 Western Australia claims to be the sunniest state in Australia. Its capital, Perth, is thought to be the most isolated capital city in the world.

Western Australia takes up one third of the Australian land mass. About 74% of its almost 2.3 million people live in and around Perth.

A vibrant and modern city, Perth is situated on the Swan River with the port, Fremantle, just 20 km down-stream.

The city was founded in 1829 as the Swan River Settlement and grew slowly until 1850, when convicts were brought to alleviate a labour shortage. Some of the city’s finest buildings, such as government House and Perth Town hall, were built with convict labour.

More recently, the state’s mineral wealth has contributed to the city’s wealth and the resultant construction boom has spread into other suburbs.

The city centre is compact and situated on the sweep of the Swan River, which borders the city centre to the south and east and links Perth to its port, Fremantle.

The island state of Tasmania has a population of 507,600 making it the least populated state in Australia.

Its capital, Hobart, with a population of 214,700 is Australia’s second oldest city and its southern most capital. It straddles the mouth of the Derwent River and is backed by towering Mt Wellington.

Hobart combines the benefits of a modern city with a rich colonial heritage. The beautiful Georgian buildings, the busy harbour and the easy going atmosphere make the city one of the most enjoyable and engaging in Australia.

This is in striking contrast with its past, when it was a location for penal settlements for convicts who re-offended on the Australian mainland.

Australia also has two territories — the Australian Capital Territory (ACT), which is the home of the Federal Seat of Government, and the Northern Territory.

The ACT has a population of 358,600, of which the vast majority live in and around the capital, Canberra.

Some of the best modern architecture and exhibitions in Australia are here and the city is particularly interesting as, unlike so much of Australia, it is totally planned. As a place of government, and with few local industries, it has a unique atmosphere only found in dedicated national capitals.

The Northern Territory is the most barren and least populated area of Australia, with only 1% of the Australian population living in an area that covers nearly 18% of the country’s landmass.

It is in the centre — the Red Heart — untamed and sometimes surreal, from which the picture book Australia, emerges. The centre is not just Uluru, commonly known as Ayers Rock. It is a unique mysterious landscape composed of ancient meteorite craters, spiritually charged canyons and waterholes, and lost valleys of palms teeming with native species. By contrast are the noisy festivals and rugged outback culture of Alice Springs.

At the other end of the track — the Stuart Highway, 1500km of roadway that connects Alice Springs to the north coast — is Darwin with a population of just 107,270 people.

Return to the Move To Australia homepage

Move To Australia: In association with Commonwealth Bank of Australia, helping with all your banking and foreign exchange needs.