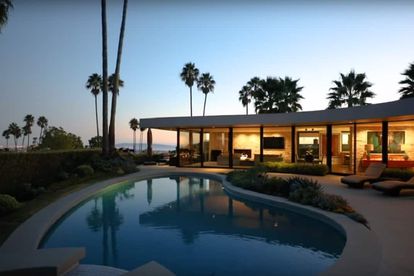 Getting an inside look into some of the most famous celebrities’ homes has never been easier. During lockdown, we’ve all seen a lot more of our homes, but with the help of social media, we’ve also seen a lot more of our favourite celebrities’ homes too. Whether it’s for interiors inspiration or we just want a bit of a nosey to kill some time, many of us love to have a peek inside the houses of the rich and famous.

That’s why UK company Rated People analysed Google data to reveal whose homes have the highest number of searches a year.

Most searched-for celebrity houses on Google

After analysing the search data around hundreds of the most famous people in the world, the research found that the most searched for celebrity houses are surprisingly varied. The top ten is made up of the homes of online influencers, actors, musicians, TV presenters, entrepreneurs and sports stars.

The results show that it’s Kim Kardashian’s house that is the most Googled – with 168 000 searches a year. The Los Angeles home, that she shares with Kanye West and their four children, is famously minimalist and is regularly shared on her social media channels.

Kim’s youngest sister Kylie’s home comes in at joint second along with actor and musician Will Smith’s. The only Brit’s home to make the global top ten is Ed Sheeran’s, who has built an entire estate in Suffolk where he grew up.

SA-born founder of SpaceX and Tesla, Elon Musk’s home also made the list as it was reported last year that he is selling his luxury home in Los Angeles for a cool R60 million.

When it comes to sports stars, only footballer Lionel Messi’s and American football quarterback Tom Brady’s homes make the top ten, while gaming vlogger Pewdiepie and beauty guru Jeffree Star are the only Youtubers whose houses have made the list.

“With this latest piece of research, we wanted to delve a little deeper into which stars’ houses were capturing the public’s interest,” said Adrienne Minster, CEO of Rated People. “Whether we’re searching for inspiration or just dreaming of possible future homes, the sheer number of annual searches of the homes of the rich and famous show that they are of high interest.”

Adrienne also said that in their most recent Home Improvement Trends Report, they asked where homeowners get their design inspiration from and the results showed that nearly a third use social media – often where celebrities share their homes the most.