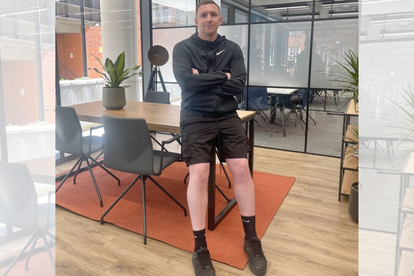 Dress code debate: Should people be allowed to wear whatever they want to the office? Image via LinkedIn: Mitch Clayton

Dress code debate: Should people be allowed to wear whatever they want to the office? Image via LinkedIn: Mitch Clayton

Most workplaces have a dress code that is strictly enforced to maintain a level of professionalism in an office space. One man, however, has shared his opinion on dress codes and according to him, should not be enforced as strictly as it is. After he was hounded for wearing shorts at work, he quit and is now a CEO at his own company and says he has absolutely no regrets.

While some people enjoy getting all dressed up and ready for work, not everything thinks it’s necessary.

The office dress code is usually put in place to ensure no one rocks up to work in a nightgown or tank top. One man however is of the opinion that a dress code in the office is entirely nonsensical.

Taking to LinkedIn late last month, 26-year-old Mitch Clayton from the UK shared how he was sent home from work five years ago because he was wearing shorts – even though there was a heatwave in the area and he was not going to see any clients.

“5 years ago, I arrived at work like this. My manager sent me home and I was told to wear something more ‘suitable for the office’.

“There was a heatwave on the day. I was sitting behind a desk all day. There were no clients visiting. It made 0 sense to me!” he wrote.

He then explains that only one week later he handed in his resignation. Fast forward five years later, he is the CEO of his own establishment and is doing extremely well – despite the fact that he wears shorts to work regularly.

The post received over 55 000 reactions on LinkedIn since it was posted and hundreds of comments from app users who congratulated him on his success.

Some people shared their thoughts on workplace dress codes which sometimes become too much.

While others remarked that a dress code was put in place for a reason and a few people in the workplace actually enjoy dressing smart.

“Mmm, you pitched up to work on the first day looking like you were off to the gym (if that was the dress code of the place then fine, but if not what made you think that was acceptable?). Sounds like you were destined to be your own boss! Shorts are fine in hot weather, but actually some people enjoy looking smart.”