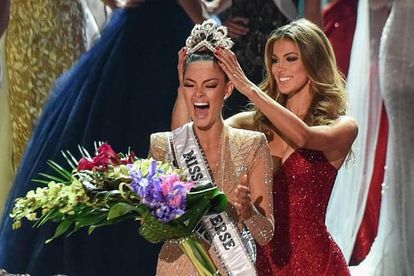 After her stunning victory in the Miss Universe 2017 pageant, Demi-Leigh Nel-Peters is returning home to South Africa next week, as reported by Channel 24.

She has been based in New York City since November, after claiming the tiara in Las Vegas. Now, she’s swapping her stateside humanitarian duties for causes a little closer to home.

When is Demi-Leigh Nel-Peters returning to South Africa?

Our very own Miss Universe is scheduled to have her homecoming celebration on Wednesday 24 January, landing back in Mzansi shortly before that. This is no self-serving visit, however. Demi-Leigh will have her sleeves rolled up, as she embarks on charity work for the duration of her stay.

Upon her homecoming, our Miss Universe issued a statement to the press. She talked about her pride of being from South Africa, and how honoured she is with her new roles and responsibilities:

“I can’t begin to express my gratitude and how proud I am to represent our country as Miss Universe. Being a global ambassador is as much a responsibility as it is an honour.”

“Our nation is comprised of many different backgrounds and cultures. One of the many things that makes me immensely proud to be a South African. I am very excited to celebrate this achievement with my people in the spirit of Mzansi.”

Where in South Africa will Demi-Leigh Nel-Peters visit?

She is scheduled to visit Cape Town, Johannesburg, and her home town of Sedgefield (near George, Western Cape). One of her stops will also include revisiting victims of the Knysna fire, which engulfed the coastal town last June.

Nel-Peters is also bringing another personal project to the people of South Africa. During her tour, she will be leading a number of ‘Unbreakable’ workshops. The classes, created and lead by DLNP herself, teach women how to use practical and sensible self-defence techniques in confrontational situations.

Demi-Leigh is a survivor of a car-jacking attempt. She was wise enough to manoeuvre her way out of it, and wants to lead the fight against gender violence.

Our girl is coming home, and she’s teaching women how to kick criminal’s asses. She really is the hero we all need right now.