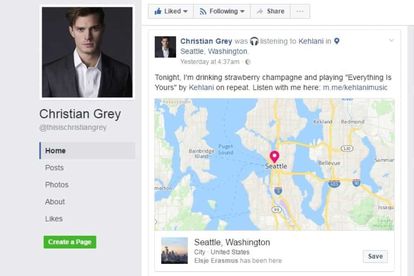 The Chatbot comes after the second sequel, Fifty Shades Darker hit theaters around Valentine’s Day, when die-hard fans stormed movie theaters worldwide to see the one and only, delectable Mr.Christian Grey.

If Mr. Grey is your go-to fantasy guy, you’re in luck because you can personally chat to him via this Chatbot built by PersonaBots.com.

The reason for this chatbot is real simple, says CEO of PersonaBots, Josh Bocanegra via Elite Daily. “Chatbots are super cool because they automate fan engagement through chat. In other words, a chatbot can talk to a fan as if it was a human.”

And Mr.Grey definitely comes off as ‘human’. If you start the chat by saying “hello”, it doesn’t take long before he replies: 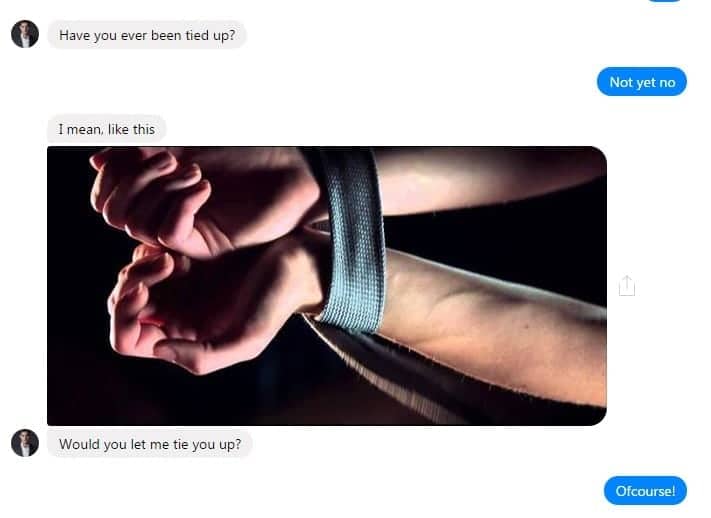 In the bot, he’s also very obsessed about biting your bottom lip and even suggests a song to set the mood: 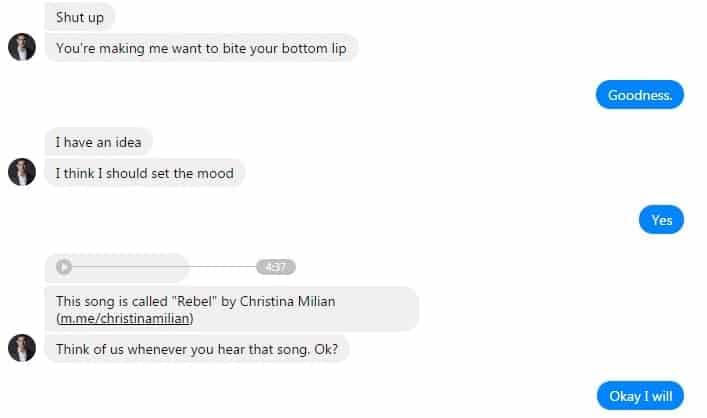 In the end he calls you Mrs. Grey and says he has to go (probably because of important business issues). Luckily he asks if he can send you a text later:

Oh you charmer, you!

So, if you’re in dire need to get in touch with him, follow this Facebook page, which also features some personal updates:

Well, what are you waiting for – go on and introduce yourself!