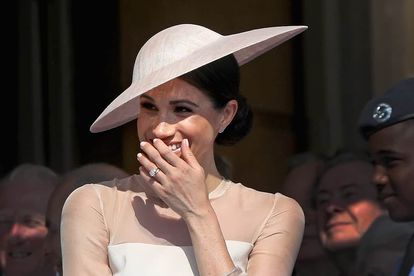 It’s no secret that Meghan’s half-sister, Samantha Markle, can’t really stand the Duchess or the Royal Family. She did, after all, write a book titled The Diary of Princess Pushy’s Sister.

Samantha has been very vocal about Meghan, especially that part about Meghan having no contact with their father, Thomas Markle Sr. And while she rattles off her list of insults, Duchess Meghan goes about her business, happily ignoring her sister.

Meghan seems unaffected by her sister’s rants but her 25-year-old cousin, Tyler Dooley, has now had enough of Samantha’s antics. Dooley is the one known for creating Meghan’s Sparkle, a strain of marijuana. Yes, he might be capitalising of his niece’s fame, but at least he’s being nice about it.

They are clearly “fixated” on attacking everyone that disagrees with their views. Very sad to see them act out this way, but as for suing, they are poverty stricken so it wouldn’t really do anything…

Members of Markle’s family have recently shared Dooley’s birth certificate online, and one of his fans came to his defence and told the Markle family they were “invading Tyler’s privacy, and his identity could be stolen by posting his birth certificate for the world to see.”

In response, Dooley said this his family is “clearly fixated on attacking everyone that disagrees with their views.” He said that he wouldn’t sue them for defamation because “they are poverty-stricken, so it wouldn’t really do anything.”

As reported by InStyle, Samantha then stepped into the fray, referred to Dooley as a “Little vagrant on the fringe,” a scumbag and a “Fooley.” She said they are not poverty-stricken and added that the Markles disowned Dooley.

For good measure, Samantha added #royalworld, #mtv and #dooley. Her account is set to private, but some nimble-fingered netizen took screenshots and shared it with the world. Bless them.

We have so many serious shows dedicated to the Royal family and Meghan Markle, but we feel that what fans really deserve here is a reality show about the other side of the Markle family.

It could get interesting. I mean, this is the woman who said Meghan’s coat of arms “looks like it was drawn by someone in a kindergarten classroom,” and that she doesn’t “know enough profane words to articulate” how she feels about her sister.