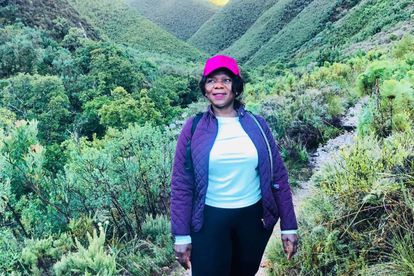 For Mandela Day, the former Public Protector, Thuli Madonsela will be preparing to climb Mount Kilimanjaro. Two groups of climbers are set to take part in this expedition. The first group consisting of 17 people will leave on 18 July, Mandela Day.

Madonsela will lead the second group of explorers on 9 August, Women’s Day. Therefore, she and more than 50 other explorers will be taking part in Mount Kilimanjaro for the annual Trek For Mandela expedition.

The goal for these climbers will be to raise funds for the Caring4 programme. The programme helps provide girls with free sanitary towels. Consequently, the programme aims to help more than two million girls.

The former Public Protector who has always been a passionate fighter for social justice was naturally attracted to this cause.

“Social justice is about equality between groups. In our country, because of the legacy of the past, many people are left behind. Young girls in rural areas, in townships, whose parents can’t afford and can’t get access to sanitary hygiene. So the basic requirement of this project is to expose girls to sanitary hygiene and that’s about human dignity.”

Mandela Month begins on 1 July. It has been ten years since the United Nations officially declared Mandela Day. Every year Mandela Day has been celebrated on the former president’s birthday 18 July.

Mandela Day honours Mandela’s 67 years of fighting for freedom in South Africa. Mandela Day calls on the public to give 67 minutes of their time to do something that will help improve the lives of those around them.

The climbers who will be climbing Mount Kilimanjaro for this year’s Mandela Day are hoping to make a difference in the communities around them.

Additionally, Madonsela stressed that it was important to help young girls embrace their dignity and not let their circumstances define them.

“It’s about helping these girls embrace their own human dignity. To not settle. Girls should be able to say just because I’m poor my bad circumstances should not define me.”

One of the climbers and Ukhozi FM Anchor, Mrozi Buthelezi, said that she believes that community projects like this help change the minds of young people and community leaders.

“I believe that traditional leaders, especially where I’m from, they are now coming out. They are saying that if Mrozi can be able to stand in a community under those trees and those shelters in our local churches and speak proudly then we can as men.”