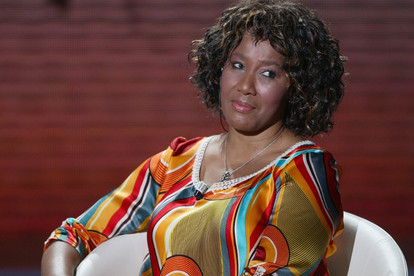 Makaziwe Mandela says she should be allowed to sell her dad’s property if she wants to. Images via Twitter @YFM

Makaziwe Mandela says she should be allowed to sell her dad’s property if she wants to. Images via Twitter @YFM

Makaziwe Mandela-Amuah, the eldest daughter of former South African president Nelson Mandela, remains adamant that she should be allowed to auction around 30 of her father’s personal belongings. Makaziwe, along with Christo Brand, is facing off against the South African Heritage Resources Agency (SAHRA) who have taken the pair to court for “illegally exporting the heritage objects” out of Mandela’s Houghton house.

The matter has since been put on ice as SAHRA’s legal team takes time to prepare their case against Makaziwe and Christo.

Makaziwe and Brand are preparing their argument against SAHRA, the Robben Island Museum, and the Department of Sports, Arts and Culture who have all banded together to force the eldest daughter of the late anti-apartheid veteran Nelson Mandela to return the items she took from his Houghton house.

Earlier this year, the organisations turned to the Pretoria High Court to ask that around 30 items which include artworks, books and clothing be returned to South Africa.

This is after Makaziwe and Brand gave the New York-based auction house Guernsey’s the go-ahead to have the items auctioned off in a bid to raise funds for a memorial garden in Qunu, Eye Witness News reports.

While the auction has since been called off, Makaziwe argues that her father’s items are not “heritage items” but rather, her personal belongings which she should be allowed to keep or even auction off if she wants to.

SAHRA however says that Makaziwe illegally exported the items from the property and that they should be returned to South Africa.

The case is postponed

CEO of SAHRA, CEO Lungisa Malgas submitted papers to postpone the case in order to prepare for explaining that they had changed legal representatives.

She also added that they want to submit further evidence on how and why it had declared the items in question “heritage objects” which Dr Mandela-Amuah disputes they are.