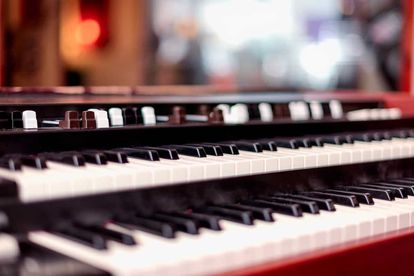 The saying that a dynamite comes in small packages proves to be true for Limpopo gospel music sensation Laughter Mudzielwana.

At the age of 23, the young gospel artist from the rural village of Matavhela outside Thohoyandou is ready to shake up the local gospel fraternity.

Who is the gospel music star?

“My parents bought me a toy guitar and microphone when I was only five years old. Thereafter, I started singing in church during Sunday school sessions. When I was seven years old, I started playing drums in church and later led the church band. After every song I led, I would get compliments for my good voice and I realised that I have a bright future in the music industry,” he explained.

He said after Grade 12, he decided to study Music Business so that he could follow his professional music career with the required knowledge.

“Music is a business and it is important to be well-versed with the dynamics of this industry. Although one learns on a daily basis, the knowledge I got from the music college makes it easier for me to survive in the music industry,” said Mudzielwana, who is also a seasoned bass guitar, keyboard and acoustic guitar player.

Mudzielwana shot into the music industry when he released his first single album, No Weapon, in December 2017.

“After it was well received by music lovers, I decided to go back to the studio to record a full album, hence, the release of Light of the World.”

Some of the tracks in Mudzielwana’s new album that automatically force gospel music lovers to put their dancing shoes on include Munetulusi, Light of the World, Mukhwthwa ndi iwe, No Weapon and Love of my soul.

He said from Friday, 19 July the gospel music album will be available from Mudzielwana himself while arrangements are being finalised to distribute copies in various record bars. The album is currently available in various online music stores. For CD sales, public performance and bookings, Mudzielwana can be contacted via his various social media platforms.

Also read: From one mic to another: Jazz musician becomes a radio presenter