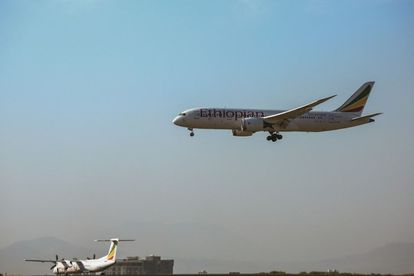 Emanuel Marques de Oliveira was reported missing by his parents on 26 February this year. According to reports, the child decided to run away from his Brazil home in the early hours of the morning after using Google to find out how to sneak onto a plane. It appears his search helped because he was found safe and sound 2 700km away from home.

An investigation has been launched to discover how he was able to bypass security and sneak onto the plane undetected by authorities.

Runaway child sneaks onto a plane!

One little boy decided that he would go as far away from his parents as possible by concocting a plan to sneak onto a plane. IOL reports that Emanuel’s parents reported him missing from their home in Manaus, a city in northwest Brazil late last month.

According to Emanuel’s mother, Daniele Marques, she had checked on him at around 5:30 and he was asleep in bed. Only two hours later, at 7:30, she checked again and this time he was gone.

“I woke up at 5.30 am, went to his room, and saw that he was sleeping normally. Then I fiddled with my mobile phone a little and got up again, at 7.30 am, and that is when I realised that he was no longer in his bedroom and I started to panic.”

After he was reported missing, authorities found that he had Googled “how to get onto a plane unnoticed”. He then snuck onto a plane without any documentation or luggage.

He then travelled from his hometown to Guarulhos City which is in the southeast of Sao Paulo.

After worrying about his whereabouts all day, authorities notified Daniele that Emanuel was found 2 700km away from home safe and sound.

Meanwhile, police have launched an inquiry to find out how he was able to successfully bypass security at Manaus Airport and get onto the plane.