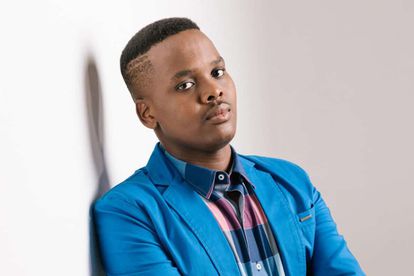 Congratulations are in order for Maskandi artist Khuzani Mpungose who received a whopping 957 950 votes, as his song Ijele ushered Ukhozi FM listeners to 2021. Fans cast a record-breaking 1.6 million votes for the 2020 campaign.

The results have been widely celebrated but have led to some accusing the station of tribalism, using Maskandi artists to increase the station’s revenues from the campaign and that it’s no longer about the quality of the song.

KwaZulu-Natal Premier, Sihle Zikalala has also joined scores of South Africans to congratulate the 31-year-old on his achievement. In the video Zikalala congratulated him on the success of his CD and single while emphasising the significance of traditional music.

Across other SABC radio stations the song of the year was Murahu by Limpopo born artist Makhadzi Muimbi. Tweeps accused the KZN based radio station of tribalism and profiting from the inclusion of Maskandi artists considering the fact that these artists have a huge fan base and have always been voted as number one whenever they are included in the top ten. Ijele alone made over R1.4 million for the station. In 2015, Mroza Fakude won by close to 44 000 votes and in 2019 Ntencane won by over 430 000 votes.

Generally, a song needs to be in the station’s playlist for a minimum of three months in order to qualify for the Ingoma Ehlukanisa Unyaka campaign, however, Ijele by Khuzani and Amageja by his rival Mthandeni Manqele (now known as Indlabeyiphika) were both released in November but made it to the top ten.

KHUZANI THANKS HIS FANS

Indlamlenze as Mpungose is popularly known took to Instagram to thank his fans for voting for him and how humbled he is by the love they showed him.

THE TOP TEN SONGS AS VOTED FOR BY THE PUBLIC