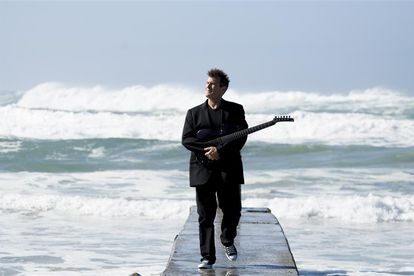 Artists from a mix of local genres will celebrate Clegg’s life at the tribute concert with proceeds going to causes that he cared deeply about.

According to Artslink, some of the musicians who will perform at the event include DJ Black Coffee, Karen Zoid, The Parlotones, Yvonne Chaka Chaka, Sho Majozi, Lira and Arno Carstens.

There will also be a dance tribute performed by dancers from Zululand and the local hostels.

Clegg succumbed to cancer in July 2019 after a battle with the disease. His spirit was recently laid to rest by his musician son, Jesse, in a traditional Zulu ritual at Makhabeleni, in KwaZulu-Natal, which is where his musical partner Sipho Mchunu was born. Mchunu and Clegg collaborated closely for years.

News of Clegg’s passing made international headlines as he was remembered and commemorated by organisations, the government, fellow artists and the public.

Clegg’s wife, Jenny, said she and their family were excited to see all the artists come together to honour his memory.

“Jesse, Jaron and I are incredibly excited and proud to be able to celebrate Johnny’s life on 25 April with a day of music and togetherness. For someone who was so passionate about human connection and the role of music, art and culture, this event embraces and celebrates who he was and what his legacy stands for.

“We are humbled by how many incredible artists are participating in honouring his memory and we look forward to sharing this special day with you in the ‘Spirit of the Great Heart’.”

Click Foundation CEO Nicola Harris said Clegg was passionate about education and it was always his dream to see children learning how to use computers and to read.

“Johnny represented all that is great about South Africa. Leading from the front he used his music to show how social barriers and prejudice can be broken.

“He recognised that education was a key component of a brighter, non-racial future for all South Africans. We are honoured to have had his support and to carry his legacy forward in the work that we do — implementing online English literacy programmes in underprivileged primary schools across the country.”