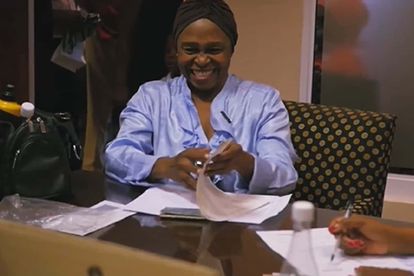 Investec, the international banking and asset management specialist, recently announced it was distributing 3 600 title deeds for houses in 15 townships around Gauteng…debt-free.

The title deeds of the properties are being returned to the registered owners and the substantial underlying debt is also being waived by Investec. It is said that the houses were valued at between R80000 and R100000 each and that the recipients are people who are unable, due to financial stress, to repay their mortgages and needed the “homes the most”.

“These mortgage bonds were held as security for an old lending deal. When we settled and received the bonds we decided that instead of trying to sell them, or collect on them- the right thing to do was to give the homes back to the people,” Ciaran Whelan, Investec COO said in a press release.

Richard Wainwright, Investec CEO also said that one of Investec’s most cherished values is that they strive to live in society, not off it.

“This is something of a mantra inside the bank that we live by. These recipients now have a home of their own and an asset they can use in other life-changing transactions, like starting a business or educating their children.”

The distribution of most of the 3 600 title deeds took place between November and December 2019, with the intention of completing the handovers within the first quarter of 2020, Investec said further.

So far 200 families had already received the title deeds, Wainwright stated as reported by IOL.

#YourHomeInYourHands: Watch the process and reason behind the ‘project’ over here

IOL further reports that Statistics South Africa’s general household survey for 2018 released earlier this year showed that housing projects were not reducing the percentage of households in informal dwellings.

It said that although the percentage of households that had received some kind of government subsidy to access housing had increased from 5.6percent in 2002 to 13.6% by 2018, 13.1% of households were still living in informal dwellings.