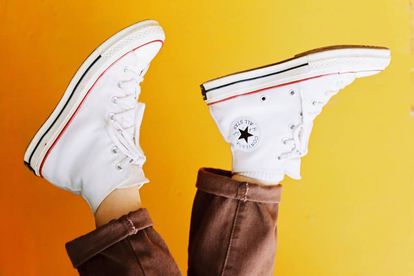 Social media started out as an interactive way to connect with people but since has grown into a great tool to research and follow new trends.

Take the word “sneakers”, for example, it’s been hashtagged more than 38.4 million times on Instagram. That’s a sure sign that sneaker culture is easily one of the biggest and fastest growing topics on and offline.

The chunky ’90s design of the Disruptor gets a colour update for the modern age, ranging from your everyday black or white to your funky multi-colour sneaker.

Turning heads since 1983, you can still shop the iconic Classic Leather shoe collection in store or online today. It is also available in a variety of colours.

As a sneaker that’s been around since the 1920s, the Converse Chuck Taylor All Star low and high tops are some of the most popular styles ever — with or without Instagram.

Founded in 1966 by brothers Paul and James Van Doren, the Van Doren Rubber Company was one of the most unique sneaker companies. This was because it operated on the premise that shoes were ordered and made that same day on location.

Originally known as the Vans #36, the Vans Old Skool was the first sneaker from the brand to incorporate leather panels for added durability.

As Michael Jordan’s first signature with Nike, the Air Jordan 1 has solidified as one of the most popular sneakers ever, even before the Instagram era.

Whether you love or hate Kanye West as an artist or a person, you can’t deny his impact on sneaker culture. The Adidas Yeezy Boost was originally released in 2015, and it sold out instantly.

Originally designed for tennis legend Stan Smith, the low-cut silhouette features a simple white leather upper, the perforated Three Stripes branding on the side and his face on the tongue.

In 1982, Nike introduced the Air Force 1 as its flagship basketball sneaker, but it instantly garnered attention for its off-court style as well.

The Air Max 97 has never been the most sought-after Air Max sneaker. However, since being reissued in 2017 to celebrate its 20th anniversary, the silhouette has seen a significant spike in popularity.

It goes without saying that sneakers, in general, are popular fashion items, but the average person might have a hard time figuring out which pairs are most popular. There are just so many to choose from!