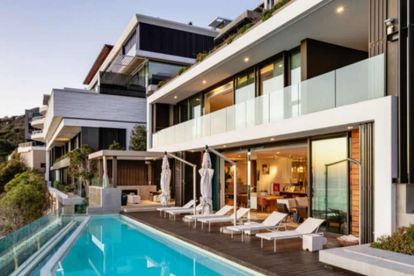 It was recently revealed that Seeff Properties listed the most expensive home on the market in SA this summer.

The most sought-after road in South Africa

According to Cape Town etc, the super-luxury villa is located high up in Clifton in Nettleton Road, the most expensive street in the country with an average selling price of R150 million to R200 million, says Jo Lombard, luxury market specialist at Seeff Atlantic Seaboard. This comes after it was reported that Clifton, Bantry Bay and Camps Bay are amongst the most popular locations for the “high net worth individuals”. Clifton alone ranked first with R72 000 per square metre of property and $5 100 US Dollar per square metre of property.

The listing indicates that the six-bedroom house for sale was designed by renowned architects Peerutin and is located in the most sought-after road in South Africa, which will “seriously impress”.

“The house is built on one of the widest plots in the road and features six en-suite bedrooms, stylish open-plan living and dining areas, a media room, gym, wine cellar, garaging for six cars and an expansive outside entertainment area with an infinity pool and one of the best views that Cape Town has to offer.”

“From the moment it was launched to market, the response has been favourable. The buyer profile for properties in this price band are mainly foreign but we have also had enquiries from local, high-profile buyers”, he adds.

Lombard concluded that we are in one of the best buyer’s markets that we have seen in the top-end of the Atlantic Seaboard. Buyers, now more than ever, are looking for a value proposition.

You can see more photos of the listing over here.