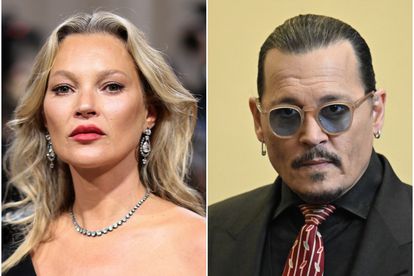 Kate Moss is finally up, including about her decision to testify in her ex-boyfriend Johnny Depp’s highly publicised defamation trial. Moss was one of the last witnesses to take the stand, telling the Virginia jury that Depp never abused her.

Depp had filed a lawsuit against Amber Heard over an op-ed she wrote for The Washington Post in 2018. In the op-ed, Heard claimed to have been a victim of domestic abuse, but did not name Depp. The 58-year-old Charlie and the Chocolate Factory actor subsequently sued his ex-wife for $50 million. Heard then countersued for $100 million, claiming she had been defamed by statements made by Depp’s lawyer, Adam Waldman.

‘I KNOW THE TRUTH ABOUT JOHNNY’ – KATE MOSS

In an interview with BBC Radio 4’s Desert Island Discs, Kate Moss explained her decision to publicly show support for Johnny Depp, amid the Me Too Movement.

“I know the truth about Johnny. I know he never kicked me down the stairs. I had to say that truth,” Moss said.

During the trial, Heard had claimed to have heard rumours about Depp pushing Moss down a flight of stairs, in a violent rage during their relationship. The former supermodel told the court that Depp was never violent with her and once came to her aid after she fell down the stairs.

“As I left the room, I slid down the stairs and I hurt my back. And I screamed because I didn’t know what happened to me and I was in pain. He came running back to help me and carried me to my room and got me medical attention,” Moss said at the time.

The jury ruled in favour of Depp, awarding hm $15 million. Heard was also awarded $2 million and both are appealing the matter.