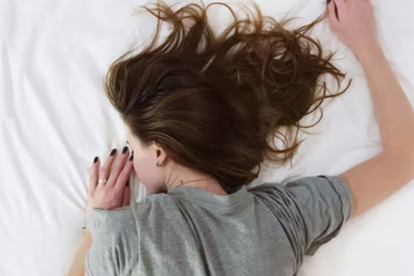 Too many naps aren’t good for you, research suggests. Image via Unsplash

Too many naps aren’t good for you, research suggests. Image via Unsplash

We all love a good nap every now and then and probably deserve one. What we should avoid doing, according to research, is taking too many naps because it may actually be linked to an earlier death. The research which was published by the American Heart Association journal found that people who nap frequently have a greater risk of developing high blood pressure and stroke.

Big nappers may put their health at risk

On Monday this week, the American Heart Association published research that suggests that people who nap regularly are more likely to suffer life-threatening conditions than those who don’t.

Geriatric researchers at Central South University in Hunan, China looked at the sleeping habits and health records of around 360000 people in the UK and found that people who take naps on most days are 24% more likely to suffer a stroke than those who don’t nap most days.

The participants of the UK Biobank survey were 12% more likely to be diagnosed with hypertension because of their frequent napping.

Findings from the study also showed that for people over 60, frequent nappers were 20% more likely to be diagnosed with high blood pressure than their more lively counterparts.

“Sleep is related to every single one of the other seven elements — it’s closely tied to weight, blood pressure, glucose metabolism, what we choose to eat,” said AHA president Dr. Donald Lloyd-Jones, chair of the department of preventive health at Northwestern University Feinberg School of Medicine, in a statement at the time.