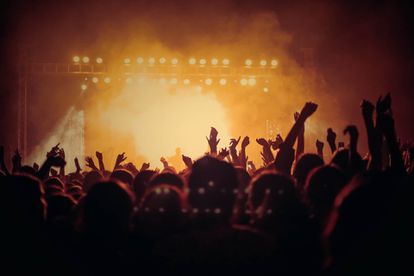 The study was organised by German scientists at the Martin Luther University Halle-Wittenberg and featured three concerts, headlined by German singer Tim Bendzko.

The experiment, titled Restart-19, saw 1,500 volunteers aged 18 to 50 heading into the Arena Leipzig where three concert simulations were conducted with different admission plans, seat assignments, and health and safety protocols.

It was the first time since German authorities banned major events at the start of the pandemic that people were allowed inside an indoor arena, but all participants had to test negative for COVID-19 48 hours before the event and wear FFP2 protective face masks throughout the event.

The experiment, which reportedly cost almost $1.2 million, aimed to collect data on crowd behaviour to understand how coronavirus spreads at large social gatherings and how to prevent it.

Germany was quick to respond to the pandemic when it reared its head earlier in the year, however, there has been a rise in case numbers recently with the daily number of new infections surpassing 2,000 for the first time since April.

When asked to comment to the experiment, Saxony-Anhalt’s Minister of Economics and Science said: “The corona pandemic is paralysing the event industry. As long as there is a risk of infection, major concerts, trade fairs, and sporting events cannot take place. This is why it is so important to find out which technical and organisational conditions can effectively minimise the risks.”

Data collected from the experiment will be fed into a mathematical model to evaluate the risks of the virus spreading in a large concert venue. The results are expected later this year.