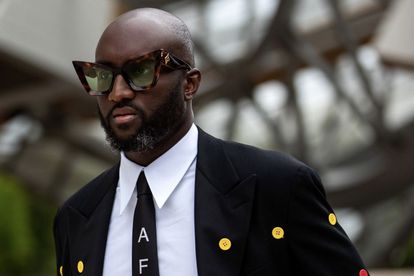 The brand’s menswear creative director – who died, aged 41, in November last year after being diagnosed with cancer – centred the array of tear-stained garments around the theme of Dreamhouse, which included angels and breakdancing while challenging gender stereotypes, and the range was shown posthumously on Thursday, 20 January.

In the show’s notes, Abloh was quoted as saying:

The show – which was titled Louis Dreamhouse – was held in a renovated 19th-century industrial building and described by Abloh as “a spark of imagination that turns into an eternal flame”.

Through a framework of a coming-of-age narrative and a soundtrack devised by rapper Tyler the Creator, Arthur Verocai and performed by the Chineke! Orchestra, it explored “the boyhood ideology, seeing the world through the unspoiled eyes of a child”.

Prior the show’s start, Dior’s creative director, Kim Jones believed it would be “very emotional” and reflected on how “lucky” he was to have been his contemporary.

“It’s going to be very emotional. [Virgil and I] travelled the world together. I feel very lucky to have known him. It’s such a waste to think what he would have done,” he told reporters.

“He planned everything so perfectly up to the last minute. You have to commend him, he was so brave in it.”

VIRGIL ABLOH’S TEAM RECEIVED A STANDING OVATION AFTER THE SHOW

During the show’s finale, the convention of the creator emerging to greet the crowd, Abloh’s entire team hit the stage to a standing ovation from the crowd.

Along with working with the LVMH owned fashion house, the late CFDA board director established his own brand Off-White in 2013, and often collaborated with rapper and good friend Kanye ‘Ye’ West on his album’s artwork, including 2011’s Watching the Throne and 2021’s Donda.

His death prompted a wave of tributes from across the creative industries, including Gigi Hadid, Cara Delevingne and Drake, who got a tattoo honouring his friend after writing on Instagram:

“My plan is to touch the sky 1000 times for you… love you eternally [dove emoji] thank you for everything.”