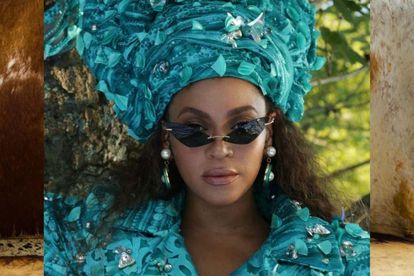 American music megastar Beyoncé and her style team use fashion on her new visual album Black is King to display the diversity of African beauty.

“We have always been wonderful. I see us reflected in the world’s most heavenly things. Black is king. We were beauty before they knew what beauty was.”

There are many beautiful quotes in Black is King, the visual album for The Lion King: The Gift.

“You can’t wear a crown with your head down,” is just one.

Described as a “love letter to Africans”, this one-hour, 25-minute compilation of songs, poetry and speeches illuminates the essence and beauty of African culture.

Of course, you may assume that the crown in the quote may be hair, or even African heritage.

However, the crown overlooked for centuries is the crown of African fashion, another aspect that Black is King perfectly displayed.

Mainstream brands such as Balmain, Valentino, and Burberry make an appearance in the film.

The creative team also included a range of pieces by black fashion designers such as Destiney Bleu, Tanaya Henry and Jerome Lamaar.

Not only did Beyoncé provide a platform for these black designers to be seen in the fashion world, she also used fashion as symbolism in the film. The fashion in Black is King also helped to tell this glorious story.

Time magazine quoted fashion historian and curator Darnell-Jamal Lisby as saying that, in displaying the differing African styles and cultures, Beyoncé complied with the theme of African appreciation. Furthermore, she opened up the narrative of African diversity.

Oshun is the Yoruba goddess of fertility and rivers and appears in Beyoncé’s Spirit music video of 2019.

Beyoncé wears a Lafalaise Dion cowrie shell mask, which signified the African legacy and spirituality. Furthermore, the cowrie shell is a symbol of wealth, prosperity and fertility.

Beyoncé also displays the Oshun symbolism in the opening scenes of the visual album, dressed in a sheer cream gown designed by Wendy Nichol.

Oshun is an African goddess associated with purity, fertility, love and sensuality. This imagery is linked to the saying, “let black be synonymous with glory”.

The scene of Beyoncé wearing Nguni cowhide with an animal-print background was an ode to South African culture, specifically the Xhosa and Zulu cultures. In this, the viewer can see the significance of cattle in our part of the world.

Beyoncé wears headdresses and headbands throughout the visual album, in an ode to the Yoruba culture. You might view this consistency as a sign of respect commonly shared across the African continent.

Her style team’s use of fashion on the album displayed the diversity that African culture possesses. It also is a reminder that black children can one day dominate Western spaces in African attire.

Beyoncé and her creative team remind us of Africa’s true history and share it with the world.