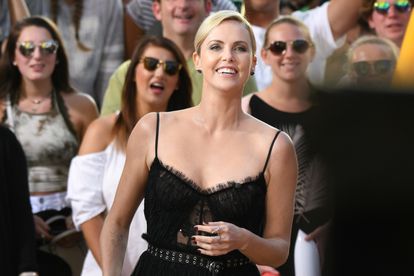 South African-born bombshell Charlize Theron recently showed off a new hairstyle for her role in Netflix’s The School for Good and Evil.

In her latest Instagram post, she shared behind-the-scenes snapshots showing a dramatic curly red wig — created by hairstylist Adir Abergel — that is a far cry from her usual blonde locks.

According to In Style, she is set to play Lady Lesso in the film. Her caption also offered some insight into the role, noting that she’s playing someone evil.

“Ain’t no rest for the EVIL,” she wrote. “Can’t wait for you all to meet Lady Lesso #SchoolForGoodAndEvil @netflixfilm.”

Charlize is no stranger to transforming her image to fit a role. Most famously, she gained more than 13kg, professionally thinned her hair, bleached and shaved her eyebrows, and wore colour contacts for her Oscar-winning role as Aileen Wuornos in Monster.

Critics and fans are also still in awe of her transformation to Furiosa in Mad Max: Fury Road.

About ‘The School for Good and Evil’

The School for Good and Evil is reportedly adapted from the book series by Soman Chainani. Deadline reports that Laurence Fishburn, Michelle Yeoh, and Kerry Washington are joining Charlize for the series, which is currently filming in Northern Ireland and set to hit Netflix in 2022. It is described as:

“Set in the fictional location of the Endless Woods, the novel follows best friends Sophie and Agatha at the titular School for Good and Evil. The institution helps to train lost children to become fairytale heroes or villains.”

The best friends are being played by new faces Sofia Wyle and Sophia Anne Caruso, who fans may recognize from Broadway’s Beetlejuice musical and Disney+’s series High School Musical: The Musical: The Series.