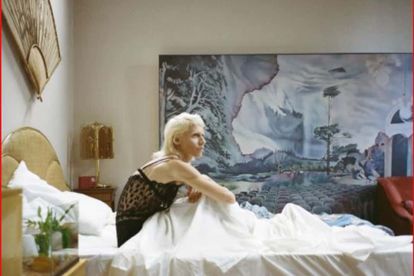 Actress, performer, writer, thespian and dancer Silvia Calderoni is the protagonist of the mini-series ‘Ouverture Of Something That Never Ended’ and the viewer meets her as she wakes from slumber in a Roman apartment gloriously furnished with vintage décor in GucciFest. Image: guccifest.com

Actress, performer, writer, thespian and dancer Silvia Calderoni is the protagonist of the mini-series ‘Ouverture Of Something That Never Ended’ and the viewer meets her as she wakes from slumber in a Roman apartment gloriously furnished with vintage décor in GucciFest. Image: guccifest.com

Back in May, Gucci creative director Alessandro Michele announced in an open letter, titled “Notes from the Silence”, that things at the iconic Italian fashion house would be done differently due to the pandemic state.

The first episode of the film series, At Home: Ouverture of Something That Never Ended, premiered on Monday 16 November to coincide with the kick-off of GucciFest which will still run until Sunday 22 November.

The seven parts follow Italian actor Silvia Calderoni as she runs into various international stars, including:

Given the disruption in the fashion industry due to the pandemic, Michele was unable to present his forthcoming collection in accordance with the official calendar.

Luckily instead of hosting five runway shows a year, Gucci opted to only do two which resulted in hosting its own fashion week – GucciFest.

Have a look at the first GucciFest episode:

The seven-episode mini-series continues Gucci’s drive to insert itself into the cultural conversations surrounding gender and identity.

In addition to the seven-episode miniseries, GucciFest will also use its platform to screen fashion films highlighting the works of 15 independent young designers, who were handpicked by Michele for their distinctive perspectives.

Some of the designers to look forward to, include:

With no runway spectacular from Michele at Milan fashion week in September, GucciFest serves as the perfect platform to showcase his new collection, titled “Ouverture of Something that Never Ended”.

This time the Italian brand discards the convention of seasons and does not differentiate between womenswear and menswear.

Garments from the collection will be presented via the seven-episode miniseries which follows a non-binary eccentric and flamboyantly dressed character, played by actress, artist and performer Silvia Calderoni.

Some of the many garments seen in the first episode, include Calderoni dressed in a floor-length gown with pastel-toned rainbow stripes and a pink sequinned bonnet.

Shot in Rome, the audience see’s Calderoni in a surreal daily routine which includes a shopping spree in a vintage store, a trip to the post office and encounters with numerous international talents and Friends of the House.