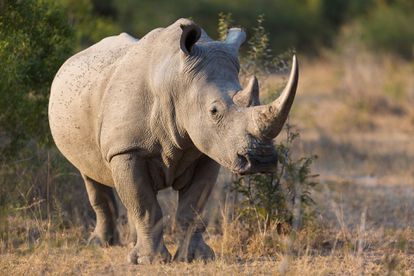 The youth are saying ‘enough is enough’.

The youth are saying ‘enough is enough’.

A new generation of South African conservationists is on the rise and on World Animal Day, young leaders called for a resolute approach in saving South Africa’s wildlife heritage.

Citing issues such as the ongoing trade in captive lion parts, rhino poaching, marine protection as well as the South African government’s current objective to escalate the use of wild animals as commercial trade goods, the new generation of wildlife warriors say this is not the legacy they want to leave behind.

“We know we are fighting for our legacy,” says Phelisa Matyolo who was one of five South African youth rhino ambassadors who visited Vietnam in 2015 to appeal to its people to urgently bring an end to rhino poaching.

At the time, her Asian peers did not realise that the rhinos were being killed to obtain the horn.

“Our visit to Vietnam made a big impact,” she says. “It was young people, speaking to other youngsters. The children of the Asian tribes never understood the importance of rhino on our continent. Now, the youth of Vietnam is spreading the word among their own people to stop killing wildlife.”

It’s no coincidence that the year that followed showed the first downward trend in poaching in South Africa.

The carnage continues, however. Recent amendments to SA’s Animal Improvement Act and Meat Safety Act as well as the appointment of a seemingly one-sided high-level panel reviewing SA’s policies and legislation of our most iconic species, appear to be driving the wholesale commodification of our wildlife.

South Africa currently has over 10,000 big cats in captivity for use in tourism activities, canned hunting and slaughter for their bones.

“[The industry] turns animals into commodities that can be extensively exploited,” says Stephanie Klarmann, a Blood Lions youth ambassador completing her PhD in Conservation Psychology at the University of Johannesburg.

“They only take into account the number of animals bred, without acknowledging the severe welfare concerns and dangers of extensive breeding.”

This year, especially, the repercussions of such practices hit home as the origin of the current COVID-19 pandemic is believed to be wildlife markets, where animals are kept and killed in close proximity to humans. To this end, youngsters from the Youth for Lions campaign issued a global call to #BanWildlifeMarkets.

“The first of its kind United Nations Biodiversity Summit was held this month with leaders from across the world uniting to address the global ecological crisis. Seventy global governments signed the Pledge for Nature but South Africa, alarmingly, did not. This in spite of our incredible natural heritage which we have an urgent responsibility to protect.”

This won’t do for the new wave of conservation warriors.

As part of the Blood Lions Youth For Lions campaigns for Youth Day, more than 622 youngsters from around the world signed an open letter to the South African Government, urging them to take a stand against the captive breeding and commercial exploitation of wild animals.

Eighteen-year-old Santhani Rungan, one of the Youth Ambassadors, says the government’s avoidance of such urgencies is disappointing and that they need to step up. In the meantime, however, she spearheads conservation awareness in her community and high school, Eden College in Durban.

“We need to use our voices to make each other aware, using whatever platform we have. Often we are so detached from the issues going on with our wildlife, but by supporting legitimate organisations, we can improve the situation,” Rungan says.

“The youth are seeking ways to improve their future opportunities through skills development and employment,” she says. “I follow a group of youths working with the Wild Shots Outreach in Hoedspruit. Learning about photography and wildlife teaches them skills while also highlighting the importance of conservation. They now use their photographs to promote conservation. We are starting to see great potential for long term change in their attitudes towards nature and wildlife,” Klarmann says.

Endangered wildlife conservationist and author Grant Fowlds agrees: “The power of the upcoming generation should never be underestimated.” He’s involved in the Project Rhino programme educating South African kids and says SA’s young leaders have inherited a world under threat. “A frica, South Africa especially, is home to the last vestiges of large herbivores and the eco-systems they create.”

“We cannot afford to lose another generation of conservationists.”

Luckily, there is hope, says Matyolo.

“We are raising conservation-minded people and in the coming decades, those children will be our leaders.”

Young people can take to a number of platforms to make their voices heard, including the Blood Lions 800 Voices for 800 Lions art campaign. Artworks collected will be submitted to DEFF Minister Barbara Creecy ahead of the G20 Summit, asking for a zero lion bone export quota.

The Rhino Art – Let the Children’s Voices be Heard initiative aims to gather children’s art in support of rhino conservation and to use these messages from the youth as a worldwide call to action against poaching.

Youth4MPAs is a youth-led organisation creating awareness to ignite action around advancing marine protection along South Africa’s coastline, with the goal of protecting at least 30% of our ocean by 2030.

The Wild Shots Outreach, run by Mike Kendrick, prioritises high school students from government schools and unemployed youths bordering the Kruger National Park. It teaches new skills, providing a focussed introduction to the natural world and helps inspire and raise the aspirations of these learners – Africa’s conservationists of tomorrow.