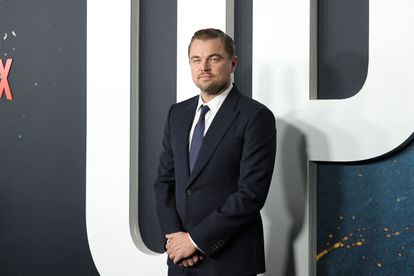 A newly-discovered tree on the Ebo Forest has been named after Leonardo DiCaprio. Image via AFP

A newly-discovered tree on the Ebo Forest has been named after Leonardo DiCaprio. Image via AFP

Scientists have named a newly-discovered tree after Leonardo DiCaprio.

The four-metre tree, which grows only in Cameroon’s Ebo Forest, has been officially named Uvariopsis DiCaprio after the Wolf of Wall Street star campaigned to stop logging in the woodland.

“We think he was crucial in helping to stop the logging of the Ebo Forest.”

The tropical plant – which has yellow flowers – is the first one new to science to be officially named by Kew scientists this year.

DiCaprio – who can now put the wood into Hollywood – previously took to his social media channels to support a campaign against the logging of the Ebo Forest.

International experts had argued logging the forest could’ve put some plant and animal species at risk of extinction. And while plans were dropped, Cheek isn’t fully confident that will be the case forever.

“This could just be a stay of execution,” he added.

The Don’t Look Up actor prides himself on his environmental work, and earlier this week he called for his followers to “listen to scientists” and take steps to try to combat climate change.

“Years ago, scientists predicted the damaging effects of climate change that we’re now experiencing. We must listen to scientists and take the necessary steps to mitigate the crisis. #DontLookUp,” wrote DiCaprio in a tweet.

“The negative consequences of climate inaction are evident and will only get worse. Indifference is not an option if we are to save our planet. Get involved,” added DiCaprio in a seperate tweet.

Also this year, Dicaprio has shared an article on his social media about a campaign to save a Cambodian rainforest.