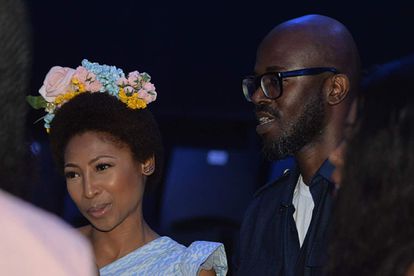 This comes after the couple parted ways in 2019 after four years of marriage.

Enhle Mbali Mlotshwa vs Back Coffee

According to Sunday World, Mlotshwa’s application was dismissed with costs at the Johannesburg High Court, with the judge saying her demands were not substantiated and were not reasonable.

She reportedly demanded that Black Coffee pay her more than R131 000 in monthly maintenance, made up of R80 000 child maintenance for their two minor children, R30 000 for groceries and household items and R17 800 for her beauty cosmetics. In addition, she had demanded that he pay her medical bills as she had allegedly suffered depression due to stress relating to their highly publicised divorce.

According to IOL, Mlotshwa altered her legal documents adding that she lost jobs because of her ex-husband in September.

“I was under pressure from the respondent to not take up acting events as he would not accept me doing any romantic or intimate scenes. This demand by the respondent immediately caused many TV production companies and with numerous projects that I had been lined up for, to cancel or drop me from their lists of actresses,” read Mlotshwa’s legal statement.

While explaining her reasons for her demands, she said that she had become accustomed to a lavish lifestyle of luxury cars, holidays and high taste in fashion, and Black Coffee could afford this as he earned R100-million per annum as a DJ.

But, the judge dismissed Mlotshwa’s application with costs in a court ruling this past Wednesday and ordered that she only get R15 000 a month for spousal maintenance and R50 000 in child support.

After the story got published, Mlotshwa took to social media to debunk these claims made by the publication, saying it is all a lie.

She said: “The law is alway fair…. (great #rule43 verdict and it will continue) to be. @SundayWorldZA the people are not stupid. This matter will physically go to court you can’t lie then…. the truth always comes to light!!! My silence is not out of stupidity [sic].”