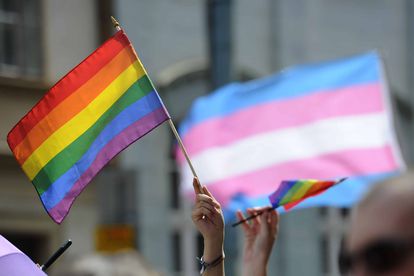 Celebrating Pride Month is now more important than ever. Fortune points out that 2019 can boast a series of “long overdue LGBTQ firsts”. Such as the first same-sex marriage law in Asia and first openly gay state governor in the US.

Not only that, but the discussions around LGBTQ issues are raising awareness for the many issues still present today, such as the violence against trans women. It promotes inclusivity. As Fortune puts it:

Whether you identify as straight or belong to the LGBTQ community, we could all do a bit more to understand these issues and how it affects others, even if it doesn’t affect us personally.

A really easy way to do that is by watching some of the many, many documentaries. Furthermore, these important documentaries can be streamed right now. Let’s have a look.

The Death and Life of Marsha P. Johnson

Marsha P. Johnson, transgender activist and drag performer, was found dead in the Hudson River in the summer of 1992. Her death was ruled a suicide by New York City police and no one really cared.

The documentary explores her little-investigated death while celebrating her legacy as a pioneer, in the 1960s and beyond, of what would come to be called the LGBTQ rights movement.

Where to watch: Netflix

Host Raymond Braun visits three communities to speak with LGBTQ citizens about what Pride means to them today. It is directed by Rob Epstein and Jeffrey Friedman.

State of Pride gives an important look at LGBTQ history and Pride. This fits in perfectly with this year’s celebrations, which commemorates the 50th anniversary of the Stonewall Uprising.

Paris Is Burning explores the world of New York City drag balls in the mid-to-late 1980s. It combines interviews and performances to tell the stories of several people central to the scene.

The Sundance prize-winning documentary also sheds light on some of the many nuanced ways in which class and race intersect with sexuality.

In this documentary, New York City’s present-day drag ball scene follows on the many the subjects and themes explored in Paris Is Burning, but with today’s youth taking centre-stage.

Co-created by Twiggy Pucci Garçon, a leader in New York’s “kiki” community, the doccie also presents this competitive dance world as a haven for LGBTQ youth.

Moreover, spaces like these are vital, especially since the political landscape changed significantly over the past three decades.

How to Survive a Plague

David France’s hard-hitting documentary follows the activists who made it their life’s work to find treatment for the AIDS/HIV epidemic during the seventies and eighties.

Through hundreds of hours of archival footage and interviews, the movie focuses on the activist group Act-Up, and chronicles how the passionate group of young people brought about real change to the lives of thousands.