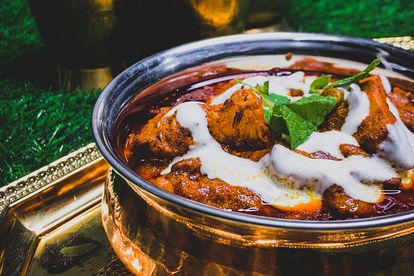 According to the Merriam-Webster dictionary, the word “curry” describes “a food, dish or sauce in Indian cuisine that is seasoned with a mixture of pungent spices”.

But now food blogger Chaheti Bansal says the world should consider cancelling the word because has been popularised by the British who have refused to learn other ways of referring to some Indian dishes.

The 27-year-old South Asian American food blogger shared her thoughts in a viral Buzzfeed Tasty video, emphasising that there is still time to unlearn the term.

“There’s a saying that the food in India changes every 100km and yet we’re still using this umbrella term popularised by white people who couldn’t be bothered to learn the actual names of our dishes.”

She told NBC that curry shouldn’t be all one thinks about when talking about South Asian food.

‘THE WORD CURRY DOES NOT EXIST IN ANY SOUTH ASIAN LANGUAGE’

Associate professor of religious studies at the University of Vermont, Ilyse R Morgenstein Fuerst, has said South Asian food has been categorised by the British as “smelly, messy and unrefined”. She also notes that to her knowledge, the word “curry” does not exist in the South Asian language.

“Curry is one of these words that most historians attribute to the British bad ear.”

Morgenstein Fuerst notes that there are a few theories about where the British adapted the word curry from.

One of the most popular suggestions is that the British probably misheard the Tamil word ‘kari’, which means a range of other things like, ‘side dish’ or ‘blackened.

British supermarket brand Waitrose announced in June that they would change the name of their “Kaffir lime leaf” product due to the word having been used as a racial slur in South Africa. Waitrose said they would re-label the product to ‘Makrut lime leaves’.

A spokeswoman for the supermarket brand said they had received several complaints about the products name.

The leaves are a frequently used ingredient in South Asian cuisine and are native to Sri Lanka. It can also be found in Mauritius and South East Asia.