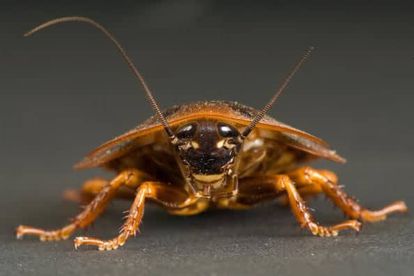 You’d think the culinary world is done coming up with the weirdest food types that we absolutely should eat for the sake of our health but nope, this is just a beginning.

Joining the list of superfoods such as purple bread and blood sausage is milk from a creepy crawly cockroach.

Well, new research has found that the Pacific Beetle cockroach feeds its bug babies a formula which is rich in protein, fat and sugar.

Is your pharyngeal reflex working yet?

According to The Telegraph, this particular cockroach is so unique that it has the ability to give birth to live babies that develop inside mother cockroach instead of laying eggs.

So this team of researchers from the Institute for Stem Cell Biology and Regenerative Medicine in Bangalore, India, found that a single cockroach crystal contains more than three times the amount of energy found in traditional milk.

One of the researchers, Leonard Chavas said the protein crystals are important for the growth and development of a baby cockroach.

He added that their interest was to find out exactly what the milk made of.

They ran tests to establish this rather bizarre phenomenon. And it is through those tests that they discovered that it is actually a complete food.

Apparently, the energy content is so high that the infants within this unique species grow bigger than cockroach babies of other species.

Ultimately, however, Chavas and his team are hoping to reverse bioengineer cockroach milk.

“For now, we are trying to understand how to control this phenomenon in a much easier way, to bring it to mass production,” Chavas said.

This made everyone (including me) wonder if we might see cockroach milk products or dietary supplements in the future?

But lead author of the study, Subramanian Ramaswamy, told The Washington Post that cockroaches cannot be milked, which means that any cockroach-inspired thirst-quencher would more likely come via yeast.

Doesn’t relieve my nerves though. I am not entirely sure how I feel about the possibility of this becoming a reality.