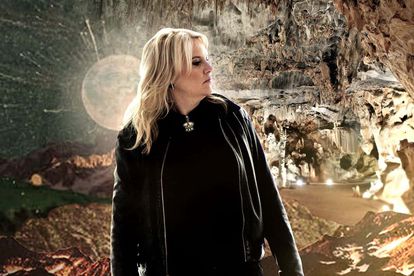 Afrikaans music icon Karen Zoid has featured as one of the keynote speakers at the annual Music Exchange (MEX) conferences. Photo: Supplied

Afrikaans music icon Karen Zoid has featured as one of the keynote speakers at the annual Music Exchange (MEX) conferences. Photo: Supplied

Oudtshoorn has been home to the popular Klein Karoo Nasionale Kunstefees (KKNK) for the past 25 years, with thousands of festival goers and artists flocking to the Klein Karoo town for the annual cultural feast it has become known for.

But this year, the tempting smell of ostrich potjies won’t be wafting in the air…neither will festival goers be rushing around to get their slice of the usual smorgasbord of festivities and shows.

According to an announcement made on the official KKNK website on Saturday 14 March, the event — which was due to take place from 23 to 29 March — has been cancelled following the outbreak of the coronavirus pandemic in South Africa.

The official total of people having tested positive for the coronavirus in South Africa, stood on 38 on Saturday. In view of the rising numbers, President Cyril Ramaphosa has called for an urgent Cabinet meeting to be held on Sunday 15 March.

“The decision was not taken lightly and was taken with input from health authorities, the local government, head sponsor Absa, as well as other role-players,” the statement read.

“It is in the public interest of everyone involved in the festival — artists, business partners, visitors, and residents of Oudtshoorn — that we made this difficult decision,” said KKNK director Hugo Theart.

According to the website, all stakeholders from the various sectors affected by this decision — artists, festival goers who have already purchased tickets, suppliers, and other partners — will be informed of the way forward as soon as possible.

It said that several possibilities are on the table, but the outcome will be determined by national government guidelines and the extent to which the COVID-19 pandemic is developing internationally.

This follows in the wake of the cancellation of other large-scale events on our home soil due to the coronavirus.

On Friday, the news broke that the Cape Town International Jazz Festival has been postponed indefinitely due to COVID-19.

Festival organisers espAfrika explained their decision as follows in a media statement:

“In light of growing concerns around the spread of coronavirus, espAfrika a member of Sekunjalo Group, regrets to inform the public that this year’s Cape Town International Jazz Festival will be postponed for the foreseeable future, as a public health precautionary measure.”

The world-renowned jazz festival was due to be staged at the Cape Town International Convention Centre (CTICC) on 27 and 28 March.

This follows hot on the heels of the announcement that the 85-year-old jazz great Abdullah Ibrahim cancelled his performance at the event, citing coronavirus concerns.

The popular desert dance festival AfrikaBurn, which was scheduled to take place from 27 April until 3 May, is known to draw more than 11 000 attendees to Tankwa, in the Karoo.

The World Health Organisation (WHO) have been encouraging people to avoid large gatherings to curb the spread of the potentially deadly virus.

The global death toll has surged past 5 000 on Saturday with the total number of cases rising to more than 140 000, as the infection continues to prompt countries to take unprecedented measures to help stave off a global health crisis.