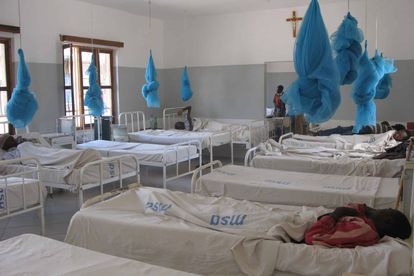 Recent research has shown that the possibility of dying from a C-section in Africa is way higher than in first-world nations.

An study by the Lancet Global Health followed 3 500 women from 22 African countries and observed that women in Africa have a 50 times higher chance of dying from a c-section.

The study was led by Professor Bruce M Biccard, who is the Second Professor and Second Chair in the Department of Anaesthesia and Perioperative Medicine at the University of Cape Town (UCT).

In addition to this, one in six women experienced complications during surgery, which is almost three times that of women in the United States of America.

Bleeding during and after the operations were the main causes of the complications, which occurred in 3.8% of African women.

According to professor Biccard;

“Improvement of C-section surgical outcomes could substantially improve both maternal and neonatal mortality, which would lead to key global health gains,”

The findings of this observational study show the need for improved safety of these procedures.

To add to the issue of poor procedural safety, the lack of specialist care was also highlighted in the study. Biccard and his team found that there is an average of 0.7 specialists per 100 000 population, and that one in four women received anaesthesia from non-specialists.

However, the danger of these hospitals also extends to the infants. Africa has a neonatal mortality rate (deaths within the first 28 days of life) which is double the global average.