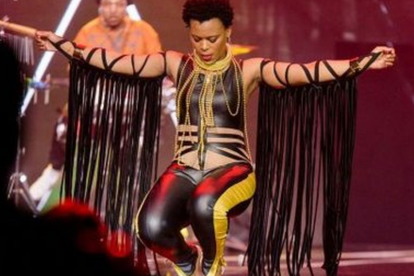 Zodwa Wabantu took a short break from romance but she is back in full swing. The exotic entertainer has found love in another young man’s arms and as usual, she is making sure that everybody on social media knows about it.

The local star is also dabbling in a popular business industry and here’s what we know.

Zodwa shows off her young man

If there’s one thing that can be said about Zodwa Wabantu, it’s that she does not shy easily. A few years ago, she broke the internet after appearing with a see-through netted dress and she hasn’t slowed down with the racy content ever since.

She has once again left tongues wagging after posting a clip of herself and her latest catch — model Olefile Mpudi — sharing a special moment while in bed together. In the short video, the young man smothers Zodwa with kisses and she seemingly loves all the attention and affection.

She captioned the clip:

“Kiss me and you will see how important I am. Good morning.”

ALSO READ: Oooh, la la…Zodwa Wabantu is boo’d up with another Ben10

The clip garnered mixed reactions from folks who either wished the happy couple well or wondered out loud how the young man felt about Zodwa’s crooked teeth.

Zodwa is not particularly famous for her amazing hairstyles but seemingly wants to help other ladies achieve their hair goals after announcing that she is opening a hair salon called Zodwa Wabantu Salon in Richards Bay, KwaZulu-Natal.

“Woman love looking beautiful, while they’ve told me that I’m ugly, I’m not pretty … so I’m showing them that anyone can buy beauty, so they have to buy their beauty from me. So they must stop forcing me to wear make up or to do weaves … the salon is for them,” she says in a Tshisalive article.

Earlier this year she opened a mortuary and funeral services company which says is all part of her journey to becoming a successful businesswoman.