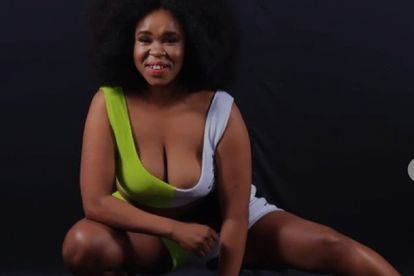 Award-winning singer Zahara seems to have found love again and she’s sharing it with her fans.

The Loliwe hitmaker posted a picture of herself and a mystery man on Twitter accompanied by the lyrics of her song Destiny — a heart emoji, dancing emoji, crown emojies and princess emojies.

In her post, the songstress wrote: “Only God knows how long”. She did not share any further information about the post or the man she is pictured with.

In August this year, Zahara revealed that her reality show is coming up as they were due to start shooting.

“We are in the final planning stages of the reality show and we will start shooting next week,” she told Drum.

The singer revealed that she’s finally ready to let people into her life and tell her story her way, including her man.

“People think they know me, but they don’t really know me. I want to show people my spiritual side, my family, my close friend, and who I am dating.

“I know people love Zahara and I want even the mama in the village who I have healed through my music to see how I live and how I think. It will be unscripted and show who I truly am. I am all about inspiring people and healing,” she explained at the time.

Zahara: As I Rise has been confirmed to debut on 4 February 2023.